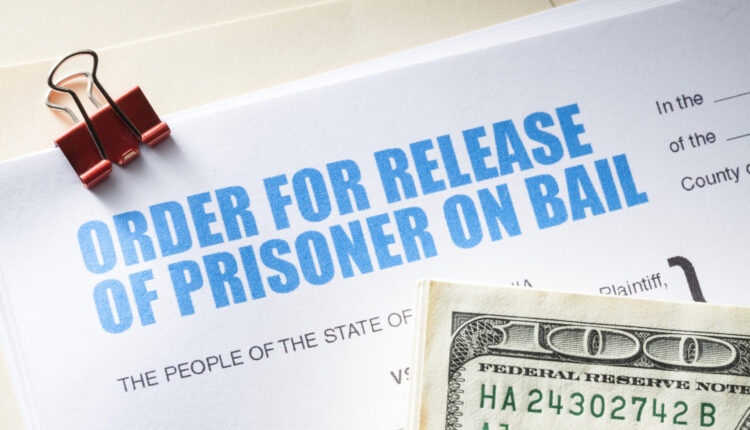 Thanks to uniquely consistent bipartisanship on the issue, many of the criminal justice reforms recommended by Gov. Gretchen Whitmer’s task force have cleared the finish line and been adopted into law.

The big one left to go is bail reform, which advocates say the Legislature ran out of time to tackle before lawmakers go on summer break, tentatively scheduled to begin Friday.

“This is probably the most serious effort to pass bail bills that I’ve been a part of,” said John Cooper, the executive director of Safe & Just Michigan (SJM), a group that advocates for humane criminal justice reform policies.

SJM, in addition to groups like the American Civil Liberties Union (ACLU) of Michigan, Detroit Justice Center, the Bail Project Detroit and Americans for Prosperity (AFP), have been pushing for pretrial reform that includes limitations on pretrial incarceration and when cash bail can be used.

“These are folks who have not been convicted of any crime. And, simply because they can’t afford to pay their bill, they’re sitting behind bars,” said Liz Balck, West Michigan advocacy strategist at the ACLU of Michigan.

“The political will to move the bills does not appear to be there yet,” Cooper said, but added he is hopeful that the package will move through at least one legislative chamber before the November election when all House and most Senate seats are on the ballot.

“These policies, they’re favorable among Michiganders,” Balck said. “… If we can get these up in front of a committee for a hearing and a vote, we are really positive that they have a chance to pass through the Legislature.”

House Bills 5436 and 5437 seek reforms to pretrial incarceration, a practice which has been linked to substantially higher recidivism rates post-sentencing. House Bill 5438 deals with consequences for failure to appear in court.

House Bills 5439, 5440, 5441 and 5443 would reform Michigan’s bail system, while House Bill 5442 tweaks state code as it relates to surrendering one’s driver’s license as a condition of pretrial release.

“Bail certainly is the one most people are focused on,” Cooper said.

The three bail-related bills would modify interim bail bonds for misdemeanors, create requirements for the use of a pretrial risk assessment tool by a court making a bail decision, eliminate bail for traffic offenses or misdemeanors and modify the setting of bond related to spousal or child support arrearage.

State Rep. Tommy Brann (R-Wyoming), sponsor of HB 5443, said his bill “helps people that just can’t afford the bond to get back to work and get back to life.”

“And this is all for nonviolent crimes,” he added.

Half of all offenses in Michigan are traffic offenses, Cooper said, and requiring a payment that many people cannot afford for a common, nonviolent offense gets people stuck in cycles of poverty and incarceration.

“If you think about it from the perspective of two people charged for the same crime, [where] one of them has money, one does not: One gets out; one doesn’t,” said Josh Hoe, senior policy analyst at SJM.

“A lot of research has shown over time that even one day in jail can have incredibly negative outcomes for your life. So determining people’s freedom based only on if they have money or not doesn’t make a lot of sense. It’s not fair. It doesn’t serve the public interest,” Hoe added.

According to the Brennan Center, New York’s bail reform law enacted in 2019 was not found to have any clear connection with the state’s recent crime increases. Many more studies confirm that, despite opponents’ misperceptions that cash bail is good for public safety, the opposite is true.

That includes a study published by SSRN, which evaluated Philadelphia’s no-cash-bail policy and found “no evidence to support” the idea that monetary bail helps ensure appearance in court and prevent crime among released defendants.

The same can be said for pretrial incarceration, which approximately 8,000 Michiganders find themselves subjected to on any given day.

According to Michigan’s joint task force and studies on many states like New Jersey and Kentucky, as well as Washington, D.C., pretrial detention causes substantially higher recidivism rates, and the amount of crime created by pretrial detention is larger than the risk from release before sentencing.

The Joint Task Force on Jail and Pretrial Incarceration was created by Whitmer in spring 2019 with the goal of examining and improving Michigan’s criminal justice system. It delivered its final report containing 18 legislative recommendations in early 2020.

“The jail task force was actually one of the few times in recent memory where you’ll see that Republican and Democratic legislators and a Democratic governor came together, [and] put together a group of people who were functionally incredibly bipartisan and actually interested in working to fix a problem,” Hoe said.

“Then everything they suggested, almost — with the exception of this because we ran out of time at the end of the last session — was enacted into law. It’s an incredible success story.”