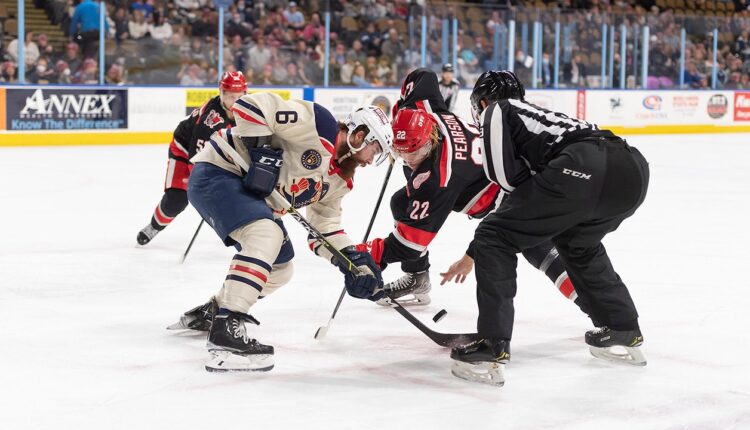 The Admirals came strong out of the gate, shooting the Griffins 18-12 out in the first.

McLain brought Milwaukee onto the board with an awkward shorthanded tally with 6:18 in the first game. McLain intercepted a pass near the Admirals’ blueline and drove two-on-one with Mathieu Olivier. With a Griffins defender lying in front of him on the ice, McLain lifted the puck just over the right shoulder of Grand Rapids goalkeeper Chet Pickard for the ninth time this year.

The second period would be exclusively Grand Rapids as they scored four goals in the first 14 minutes of the sandwich frame after starting just 58 seconds after Taro Hirose’s first game. Hirose scored his second goal of the evening a little over three minutes later when he picked up a loose puck in the slot and covered it from Admiral’s netminder Devin Cooley.

Donovan Sebrango and Ryan Murphy also scored goals for the Griffins in the second half to give them a 4-1 lead after 40 minutes of play.

FREE DOWNLOAD: Get breaking news in the FOX6 News app for iOS or Android.

Afanasyev scored a goal for Milwaukee in the third period to reduce the lead to 4-2, but it was as close as possible. Kole Sherwood stopped a free-kick attempt by Pickard who met Afanasyev, who came off the net and tucked it into the right post.

Pickard made 33 saves on the net for Grand Rapids to take the win, while Devin Cooley made 25 saves for the ads but took the loss.

The Admirals and Griffins are returning around Lake Michigan to go on the ice for the fourth consecutive year at 6 p.m. CST next Wednesday, January 5. Milwaukee’s next home game is on Friday, January 7th, when they host the Cleveland Monsters at 7:00 p.m.

RELATED: Check Out the New and Improved FOX Sports App

FOX6’s Lily Zhao went one-on-one with ex-packer Ahman Green to hear his thoughts on how far this year’s team can go.

Schor sworn in as Mayor of Lansing for the second time