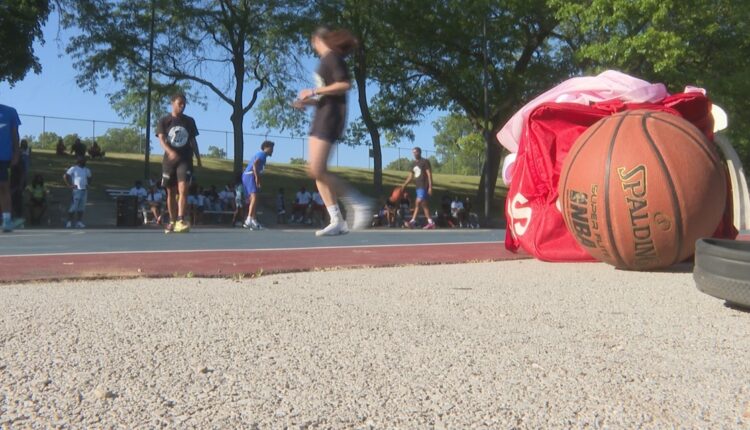 In 2000, Al Rice Jr. wanted to make a difference in his city, and chose basketball at MLK Park as the catalyst, starting the Urban Youth Summer Basketball League.

GRAND RAPIDS, Mich. — The NBA Draft wasn’t the only basketball event on Thursday night. Some of Grand Rapids’ residents used the sport to make a difference in their community.

The Urban Youth Summer Basketball League has welcomed kids from ages 11 to 14 to play for more than two decades now, using the sport to mold the community’s youth into better athletes and better people.

Rice wanted to make a difference in his city, and chose basketball at MLK Park as the catalyst.

“The inner city has problems like any other city,” he says. “But we’re trying to make it known that this is a safe park to be.”

“I went to every park, I went to kids walking up and down the street with nothing to do and I asked them, hey man, y’all want to do something?” Hey says. “Y’all play any ball?”

He also hopes that getting them off the street and onto the court will help make his hometown safer.

“I see kids now that they don’t even get past 13, 14 years old,” says Carter. “They’re losing their lives. We’re changing that.”

As a violent year in Grand Rapids continues on, with a shooting near MLK Park killing two Thursday morning, police chief Eric Winstrom is proud to see community members get involved.

“To see the adults in this neighborhood step up and put this on, take the time out of their day for their own kids, for strangers that they’ve never even met, just to provide a fun and safe event for young kids, it’s fantastic,” says Winstrom.

Carter is proud as well, and more than happy to provide.