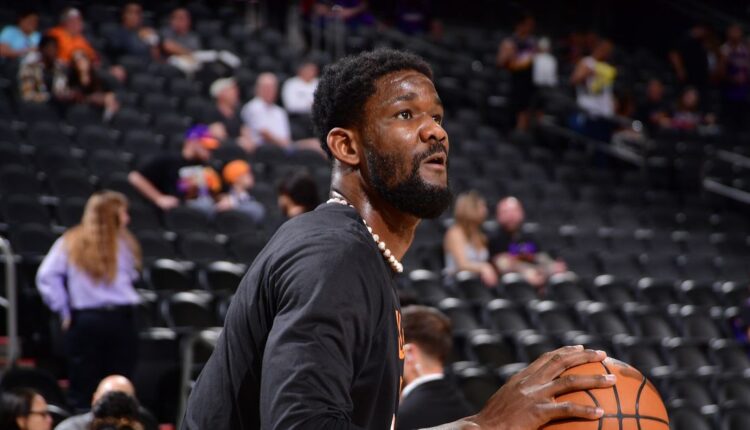 Troy Weaver was explicit about what the immediate future held: “No skipping steps.” Following Thursday night’s successful draft, where the Detroit Pistons selected Jaden Ivey and traded for the rights to Jalen Duren, it appears the Detroit front office has shifted its focus away from Phoenix Suns big-man, Deandre Ayton. Immediately following the draft, we openly questioned whether it made sense to continue chasing the Suns’ disgruntled young center, and new media reports indicate plans for the Pistons have, indeed, changed.

The Athletic’s James Edwards III detailed in his post-draft piece that nabbing the duo of Ivey and Duren in the lottery was; “Per sources…the best-case scenario.” While Ayton had been heavily tied to the Motor City, Edwards III outlined that:

For the last 48 hours, it appeared that landing Ayton would be Plan A for Detroit. Acquiring the additional $20 million in cap space created an opportunity for the Pistons to put the fear into any team with a blue-chip restricted free agent. In all actuality, though, the events on Thursday signal the Ayton route being Plan B. Plan A manifested in Brooklyn, when Ivey unexpectedly slid to the Pistons and they found a way to get back into the lottery to add Duren.

The acquisition of Memphis powerhouse Jalen Duren appears to have seemingly put to rest the pursuit of Ayton. While the futures of Marvin Bagley III and Kelly Olynyk are still unclear, Detroit has two young bigs in Duren and Isaiah Stewart who fit the bill as Weaver-type guys. Physical specimens, full of length and high character.

Edwards III later outlined that the “Pistons walked away with two of the players highest on the organization’s big board.” Hence, being enamored with the prospect of their new foundational core of; Cade Cunningham, Jaden Ivey, Saddiq Bey, Isaiah Stewart and Jalen Duren. Detroit will now shift their free-agency focus toward surrounding this young core with veteran-like presences, per Edwards III:

Per sources, Detroit is eager to continue to build back toward playoff contention with the aforementioned young core, and the Pistons are expected to use the majority of their remaining cap space to add multiple veteran pieces rather than just one big swing this offseason, per sources .

This further reinforces Weaver’s ‘no skipping steps’ sentiment. Entering his third offseason. In light of the recent reports, I put together a list of some of the potential veteran free agents Detroit could potentially target:

While these names won’t get many excited, the departure of Jerami Grant leaves Detroit vulnerable on the wings, particularly on defense. The acquisition of a veteran wing or two stands to help solidify the roster’s wing stocks, providing insurance to injury or poor play.