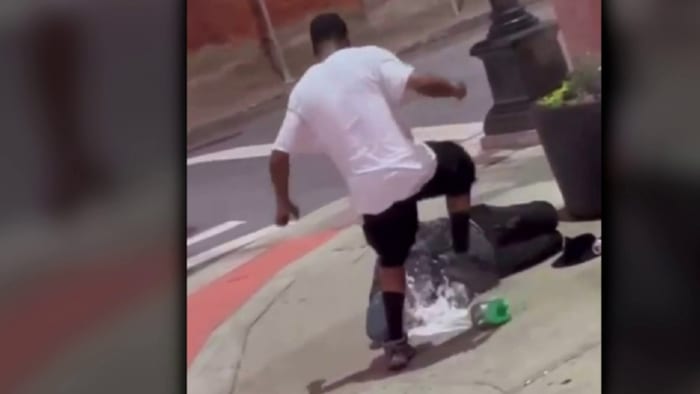 DETROIT – Not a single person Local 4 spoke to Wednesday (May 25) was happy with how a more than likely homeless man was assaulted in what we now know has become a viral video.

The footage shows the man asleep on the sidewalk when another person stomps on a bottle that spewed pop into the sleeping man’s face.

“I just didn’t like to see it,” said Mix Bricktown Owner Angela Vincent. “That is just poor citizenship as a member of the City of Detroit to do something like that, and he should be embarrassed.”

Several people are now hoping to find the man victimized in the video player seen above to be of assistance, including Vincent.

“I would definitely look out and see what I can do to kind of make him feel better about the situation because I know he probably feels disrespected,” Vincent said.

“Just having soda spread on you while you’re trying to sleep is just inhumane,” said a woman. “At least get him a bed for the night.

White says he hopes to be a positive role model in how he treats the less fortunate.

“I have tried myself to do things for the gentleman I see over there, and I’ve seen other people bring up food to them, blankets, and things like that,” White said. “Those are the examples you should set. Not what we saw in that video.”

If caught, the person responsible could potentially be facing charges.