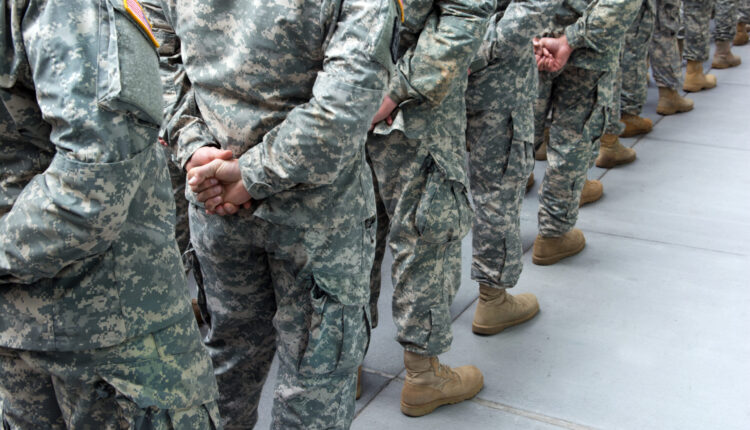 Slotkin, McDonough and Stabenow talked about efforts ensuring veterans have access to health care and benefits, expanding innovative treatments for veterans and offering care for veterans exposed to burn pits during their military service.

“For the 9/11 generation of veterans, the exposure to things like burn pits is this generation’s Agent Orange,” Slotkin said.

Exposure to toxins and chemicals in burn pits can result in significant damage to the skin, respiratory system, central nervous system and cardiovascular system, according to Chisholm Chisholm & Kilpatrick LTD, a Rhode Island based law firm specializing in veterans law and long-term disability cases. Exposure to the materials burned in these burn pits has been linked to chronic respiratory conditions and cancer.

In 2021, Slotkin introduced the Veterans Burn Pits Exposure Recognition Act, or House Resolution 2436. The bipartisan bill would require the Department of Veterans Affairs (VA) to concede, for the purpose of health care benefits and wartime disability compensation, that veterans were exposed to toxic substances, chemicals and hazards from burn pits if they served on active duty at locations and time frames specified in the legislation.

If an exposed veteran submits insufficient evidence establishing a service connection for disability compensation, the VA will provide a medical examination and request a medical opinion on the link between the disability and exposure to burn pits.

“I did three tours in Iraq; I lived next to a burn pit,” said Slotkin, a former CIA analyst and high-ranking Defense Department official. “It’s just a normal part of life when you’re in one of these locations.”

She said that many Michigan veterans have had health issues after exposure.

“We started to see veterans, including a lot of Michiganders, pop up with weird esophageal cancers, with weird things that were happening to them. And we just didn’t want the 9/11 generation to go the way of our Vietnam vets, who in many cases waited 30 and 40 years to get Agent Orange recognized as a toxic substance,” Slotkin said.

“You shouldn’t have to just beg, borrow and steal to prove that that exposure was something that affected you as a young, 35-year-old veteran,” Slotkin said.

According to Slotkin, the bill is expected to pass later this year as part of the Honoring Our PACT Act of 2022, which would expand health care benefits to veterans impacted by toxic exposure during military service. The bill received overwhelming bipartisan support in the U.S. Senate on June 16, passing with one amendment on a 84-14 vote.

While burn pits have been used in deployment for more than 30 years, President Joe Biden is the first president in those 30 years to insist the VA presume a connection between certain medical conditions and service in areas using burn pits, McDonough said.

Stabenow said efforts to address burn pits during the former Trump administration failed to gain bipartisan support needed due to the costs attached.

“There’s a price tag for every single veteran who has served us,” Stabenow said. “They put their lives on the line. We fund the war; we need to fund whatever the veterans need when they come home.” McDonough said this legislation includes increased investments in both of these departments to ensure they can hire additional staff.

“The first thing we’re gonna do is hire additional people. The second thing we’re doing is looking at [ways to] make the processes that we run more efficient? Can we use automation, for example,” McDonough said.

McDonough said the VA is also looking if there are parts of the effort that can be contracted out to resolve claims questions more quickly. The VA wants to ensure it retains its current staff, including workers in health care facilities.

While there will be challenges, McDonough said he is confident that with adequate preparations taken in the last year and adequate resources, the VA will be able to provide veterans with timely access to low cost health care and benefits. In addition to the Honoring Our PACT Act, Slotkin and Stabenow discussed efforts to ensure veterans have access to health care. Stabenow stressed the importance of providing proper resources for those exposed to burn pits, mental health efforts and telemedicine. She also noted the need to ensure veterans know what types of healthcare and benefits are available to them.

Slotkin noted her own efforts to inform veterans about their qualifications for health care, job training and housing assistance. In 2021, Slotkin introduced the Solid Start Act, H.R. 2819, which expands efforts to notify veterans of their benefits in their first year of separation from the military.

Alongside her efforts to expand the Solid Start Program, Slotkin also encouraged new health care solutions, citing the success of service dogs in reducing rates of suicide for veterans suffering from PTSD.

Homicides may be on a downward trend in Lansing, despite 2 deaths over holiday weekend