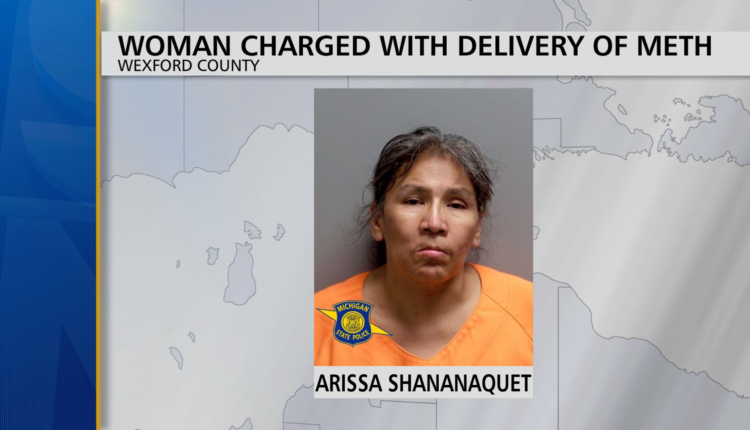 A Traverse City woman has been charged with delivery of meth in Wexford County.

Troopers say the car’s passenger, Arissa Shananaquet, 50, of Traverse City, had two warrants out for her arrest. They also found five bags of meth, along with several other empty bags, inside her car.

Shananaquet was charged Tuesday on one count controlled substance – delivery of meth and a habitual offender third offense notice.

She is expected back in court in mid-May.