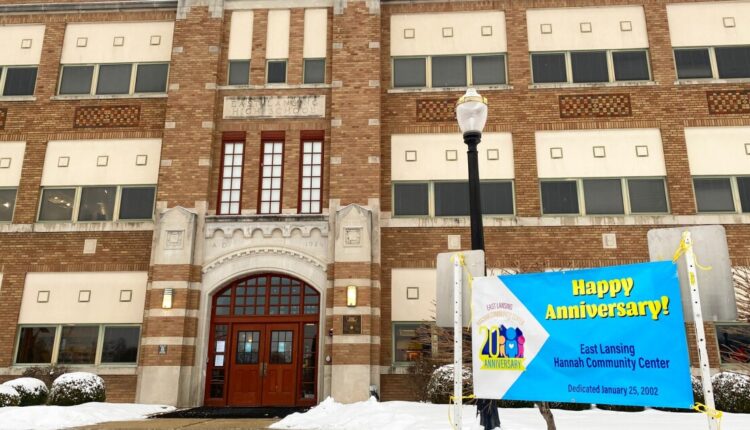 The Hannah Community Center in East Lansing is celebrating its 20th anniversary. What started as an idea from local residents has now become the heart of the city’s leisure activities.

In the late 1990s, residents of East Lansing proposed converting the former Hannah Middle School building on Abbot Road into a place for people to gather, host events and play sports.

East Lansing Parks director of recreation and arts, Cathy DeShambo, says the center has since grown into a community center where residents can come and participate in a variety of activities.

The Hannah Community Center is named for former president of Michigan State College, now the university, John A. Hannah. After John Hannah Middle School closed in 1997, the building sat vacant until 2002, when the center opened to the public.

“Before COVID you could come here on a Saturday morning in the winter and both gyms were packed with kids playing. … So it’s just a place where people make memories.”

After being forced to cancel an in-person celebration this month due to COVID, DeShambo plans to host an all-day family-friendly event in June.

How boosting the EITC will help Michigan workers and families ⋆

No health risks detected from Detroit Stellantis plant so far