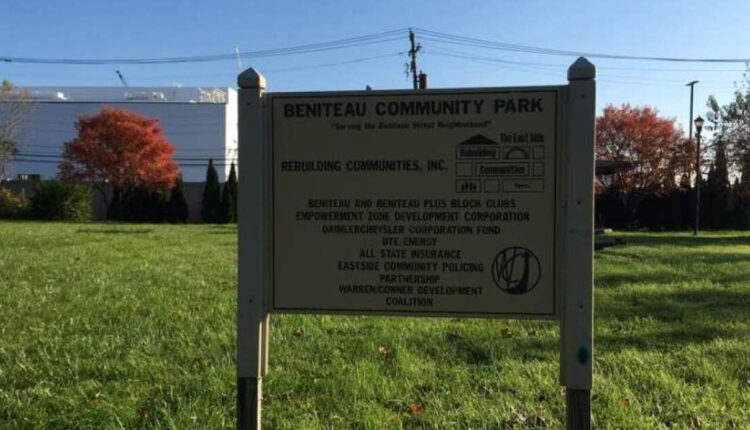 No health risks detected from Detroit Stellantis plant so far

State and federal environmental agencies have identified elevated levels of certain chemicals near the Stellantis Mack Assembly Plant on Detroit’s east side.

But those chemicals don’t appear to be high enough to affect human health, officials said at a presentation to community members Thursday night.

The Michigan Department of Environment, Great Lakes and Energy (EGLE), the Michigan Department of Health and Human Services (MDHHS) and the U.S. Environmental Protection Agency all conducted air quality sampling near the automaker’s plant. It only started operating in March 2021, but has already received several violations from EGLE, including three for unpleasant odors and one for improperly installed emission control ducts.

Brandon Reid, an MDHHS toxicologist, said air sampling detected 20 chemical compounds at the Mack Assembly facility, eight of which are known to be used by Stellantis. These included relatively elevated levels of volatile organic compounds compared to other surrounding areas.

But: “All the chemicals detected were below their benchmarks for health risk,” said Reid. “This means that based on the data we have, the chemical concentrations were not high enough to cause an increased risk of health effects.”

During similar sampling, EPA officials said, “Although a distinct odor was observed, the EPA has not detected any reportable levels of hydrogen sulfide, benzene, or xylene.”

However, Reid and other officials warn that their data is limited and captures only a snapshot. This caused frustration for some residents in the community, who felt officials were describing the facility’s operations as “safe” even though they don’t yet have enough information to make the call.

“You’re already saying you don’t have all the information, but you keep telling people it’s safe, and then there are chemicals that you can’t even detect or test for,” resident Robert Shobe said . “Why would you tell people they’re safe? That doesn’t make common sense.”

“They don’t seem concerned about the health implications,” Eden Bloom added. “They seem to be concentrating on the smell and not on the fact that the eyes are burning, that the throats are sore, that the lungs are sore.”

Health and environment officials said they would continue to monitor the facility for possible violations and health effects. They said Stellantis had developed a plan to neutralize the odors from its paint shop, which had prompted a number of citizen complaints, but said there was no deadline for implementation.