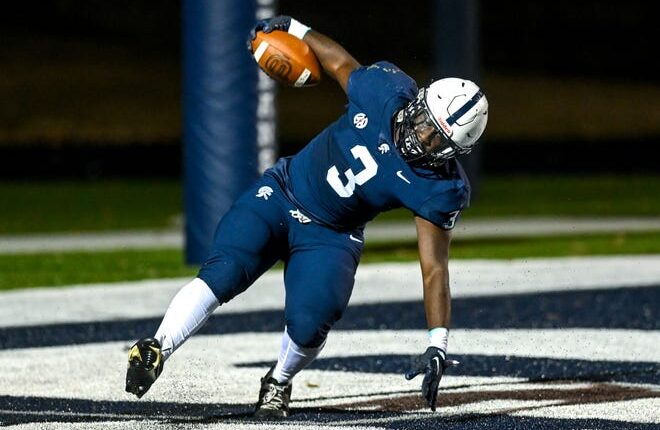 Here is a look at the top performances from high school district finals in Greater Lansing. This reflects stats submitted to the LSJ.

CASON CARSWELL, MASON: The sophomore completed 11 of 19 passes for 213 yards and two touchdown and added a 10-yard rushing score in a 34-12 victory over Jackson in a Division 4 district title game.

KANYE JACKSON, EAST LANSING: The senior had 12 carries for 131 yards and three touchdowns and added eight tackles on defense for the Trojans in their win over Portage Northern in a Division 2 district final.

BRYCE KURNCZ, DEWITT: The senior threw the game-tying touchdown pass in the final seconds of regulation and had the game-winning touchdown run in the third overtime for the Panthers in their 56-49 win over No. 2-ranked Mount Pleasant in a Division 3 district final. He finished with 158 yards rushing and four touchdowns and had a team-high 42 yards receiving.

DREW MILLER, PORTLAND: The senior had 23 carries for 223 yards and three touchdowns in the No. 4-ranked Raiders’ 34-28 win over No. 8 Corunna in a Division 5 district championship game. He also had seven tackles.