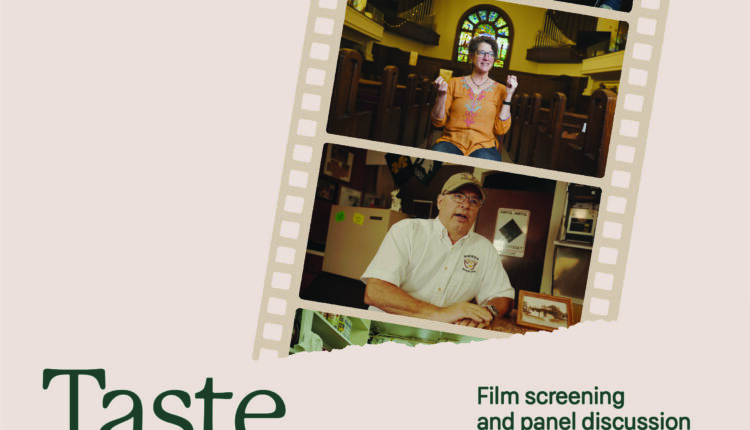 A new mini-documentary series created by a group of Traverse City creatives called Taste of Work will premiere its first three episodes at a free screening Wednesday, November 9 at 7pm at Milliken Auditorium. Created by Robert George and Becky Tranchell – and filmed by Mia Hagerty and Grant Piering – the series features 10-12 minute episodes centered on the “intersections of work, food, and community” in the Traverse City area.

Episode 1 is called The Cooks’ House and features the chef-owners of the titular Traverse City restaurant, Jen Blakeslee and Eric Patterson, talking about work-life balance and gender concerns in the kitchen. Episode 2 is called Daily Bread and introduces Reverend Jane Lippert and her service at the Central United Methodist Church preparing meals to those affected by food insecurity. Episode 3, Round’s Diner, explores food shortage and labor issues with Kevin Whiting, the co-owner of Round’s Restaurant.

All three episodes will air at Wednesday’s screening, followed by a panel discussion and Q&A with the film subjects and filmmakers.