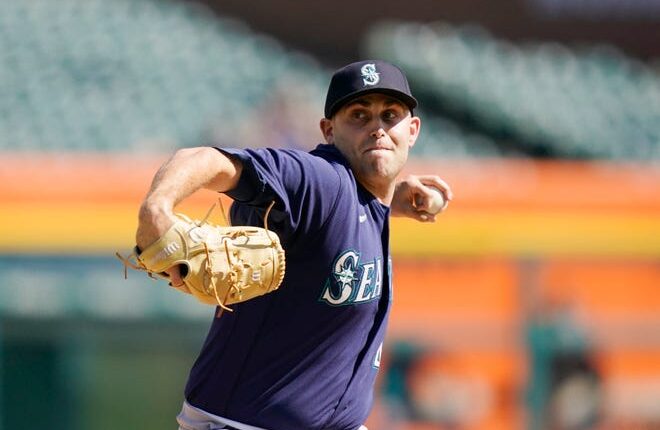 Detroit — The likelihood of a Matthew Boyd reunion in Detroit grew infinitely stronger the day Scott Harris was hired as the Tigers president of baseball operations.

It was Harris, then with the Giants, who signed Boyd last offseason for $5.5 million, even though Boyd was coming off flexor tendon surgery and wasn’t going to be available until later in the summer.

Well, that reunion has come to pass.

Sources confirmed to The Detroit News on Thursday morning that Boyd and the Tigers agreed to a one-year deal worth $10 million and incentives. Boyd will be back in the rotation that he anchored for the better part of six seasons (2016-2021).

Boyd, going into his age-32 season, returned to Comerica Park with his hometown team the Seattle Mariners last August and got a rousing ovation from the fans when he came in to pitch a scoreless inning.

“You guys are going to love Scott,” Boyd said during an interview in Seattle in October. “He’s really good at what he does. His attention to detail is amazing. The conversations we had in the clubhouse — he’s just so in tune with everything. He knows what’s going on. He’s going to be great for the Tigers.

“He finds a way to get wins in every aspect of the ballclub and make it a well-tuned machine. I’m looking forward to seeing what he’s going to do there.”

Now Boyd will be what he always wanted to be—a part of the solution in Detroit. He adds immediate stability to a rotation that, before today, had only two locked-in starters: Eduardo Rodriguez and Matt Manning, who was limited to just 12 starts in 2022.

The hope is that Spencer Turnbull, coming off Tommy John surgery, will also return to the rotation.

Boyd allowed just two runs in 13.1 innings out of the Mariners bullpen last season and made one appearance in the postseason. He made 143 starts with the Tigers and averaged just under six innings per start.

He was the unquestioned leader of the Tigers’ staffs from 2018 up until he was traded and has never stopped being a mentor to the young starters like Casey Mize and Tarik Skubal. He’s remained in close contact with both, especially with Skubal who is presently recovering from the same surgery Boyd came back from.

“Tarik is awesome,” Boyd said . “Tarik is hungry, man. Talking to him that night after surgery, he was already going guns a blazing. We will be in touch more as he goes through it, but I know both he and Casey are going to do everything they can to put themselves in a great position.”