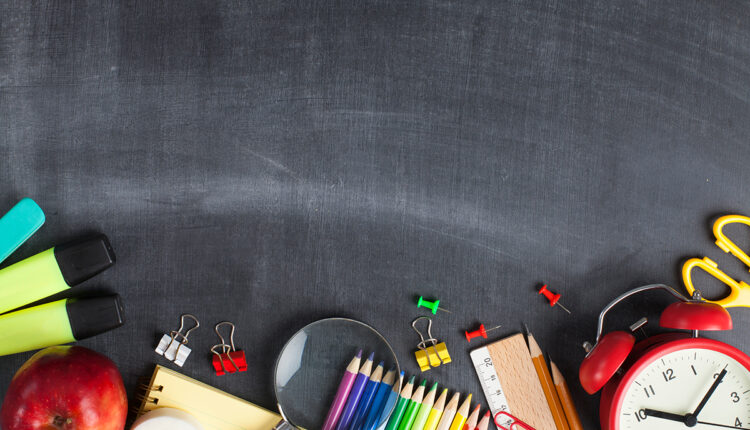 New name, new dates, and other highlights from Detroit’s school board meeting

Students and staff in the Detroit school district may have to cut short their summer plans this year.

The school board on Tuesday approved a partial academic calendar for the 2022-23 school year, which includes the first pre-Labor Day start in at least 15 years.

The calendar change was one of several major agenda items the board advanced Tuesday, including the approval of the $700 million facility plan, a name change for one of Detroit’s oldest high schools, and a loosening of the employee vaccine policy.

Here’s a look at some of the key developments out of the meeting:

A pre-Labor Day start to the school year

Under the new partial calendar approved Tuesday, the first day of school will be Monday, Aug. 29 — a week before Labor Day. Detroit Public Schools Community District.

A full academic calendar still needs to be approved by the board before the fall. The district is currently in negotiation with employee unions.

Superintendent Nikolai Vitti said the early start could give the district more time to increase student enrollment ahead of Fall Count Day.

Keith Johnson, a former district teacher and union president of the Detroit Federation of Teachers, disputed that during the public comment session.

Increased enrollment and the opening of schools “are not dependent upon one another,” Johnson said. “We still have the opportunity to market DPSCD and encourage people in our community to bring their children back to DPSCD without having to open schools prior to Labor Day.”

Johnson said he was concerned about whether schools open early could meet the daily student attendance threshold of 75% that’s required for a school day to be counted as a full day of instruction.

He called on district officials to table the early start until 2023-24 so families have more time to make their summer plans.

In his rebuttal, Vitti said that although the district could “run the risk” of falling below 75% attendance at the start of the year, the district saw “over 10 days” of below-threshold attendance rates in June 2019, toward the end of the 2018-19 school year.

“One of the strategies behind starting early is to end early,” Vitti said.

The school district still needs to apply and be approved for a waiver from the Michigan Department of Education before the early start can be confirmed. A 2005 Michigan law championed by the tourism industry bars schools from starting before Labor Day, but a growing number of school districts and charter schools across the state have sought and received waivers.

A spotlight on mental health support

Board member Sherry Gay-Dagnogo launched a conversation over how the district intended to offer mental health support to students dealing with the effects of the pandemic.

She called on the district to adapt its strategies for promoting services given the stigma of mental health among African Americans.

“I think we need to re-envision the way we are approaching this,” Gay-Dagnogo said.

“As we’re talking about the vendors for the summer, we have to be intentional … . You’re not going to get our community to buy in the way we should, but all of us are going through some form of mourning, some type of trauma, as a result of two years of trying to figure this all out.

Gay-Dagnogo suggested the board call on its student representatives to offer feedback on “what would be more palatable for young people” to address the need. The school board first introduced its delegation of DPSCD students at its March school board meeting; those representatives are tasked with offering input on academic, financial, and policy decisions made by the board.

School districts across Michigan have used their federal dollars to hire social workers, select social-emotional learning curricula, and purchase therapy dogs. But the varied needs of students, as well as labor shortages across the mental health professions has placed a limit on how ambitious schools can be with their funds.

The district has previously partnered with TRAILS to Wellness, a nonprofit that shares research-based mental health practices with schools. Students, he said, are routinely identified and referred for mental health support based on their completion of surveys during the school year.

The main issue, Vitti said, is that students need parental consent to receive mental health services. The district additionally did not require the mental health survey be completed, and gave schools flexibility to conduct the survey at any time during the year.

“We just have to make it more accessible and easier to take during the school day,” Vitti said of the survey.

“Since the school is the safe zone for our children, let’s make sure they have the resources for our children for mental health — not a hotline, a person that you can see face to face,” she said, adding: “Some of these kids are scared to tell their parents because their parents don’t want to raise the issue.”

Student representative Perriel Pace thanked board members and public commenters for advocating increased mental health support for students, saying it “was definitely needed with the times that we are in.”

The board approved renaming it Northwestern High School.

One of the city’s oldest high schools, Northwestern had its name changed during emergency management in 2013. At the time, the school building held two high school programs — Northwestern and Detroit Collegiate Preparatory High School. The district moved to phase out Northwestern as it repeatedly appeared on the state’s list of low-performing schools.

Since then, former and current students and staff have petitioned the district to restore the old name. And alumni spoke during the public comment session of Tuesday’s meeting in favor of the name change.

Dorothy Terry, a Class of 1970 Northwestern alum, said under the current name, students lose their ties to history and people attached to Northwestern.

“If you say ‘Northwestern High School,’ you have a community, you have people who still live there in that community that attended that school,” Terry said.

In a district survey of current students, staff, and parents, 69% favored a name change.

The official renaming will most likely occur in time for the 2022-23 school year, Vitti said. The district estimates it will cost $75,000 to change building signage and some athletic uniforms.

The district is reversing its decision to require that staff be fully vaccinated, switching its policy from a mandate to a recommendation.

The final version of the policy “requires all employees to disclose their COVID vaccine status and strongly encourages employees to vaccinate.”

The board originally approved the employee vaccination mandate in December.

Although Vitti initially said the district would use a progressive disciplinary process to enforce the policy, by February he said he likely wouldn’t seek to terminate unvaccinated employees, citing a lack of state or local support for an employee vaccine requirement, as well as the U.S. Supreme Court ruling in January that blocked a Biden administration vaccine-or-test requirement for large employers.

Employees are still required to get tested and wear masks while in school for the remainder of the school year.

Vitti announced that summer school will go from July 11 to Aug. 4, comprising both academic courses and recreational activities for students.

“I know a lot of you have reached out and stated that there was some personal academic loss in your house with your young person during COVID,” said board President Angelique Peterson-Mayberry. “This will be a great opportunity to get some of that academic enrichment back.”

The program will be conducted in person for most students, while students who currently attend DPSCD Virtual School will be allowed to take their classes online. Summer Learning Experiences will be held for all district students across 20 K-8 schools and six high school sites.

“We’re hoping for as many students to participate as possible,” Vitti said. “This is not only about trying to make up for learning loss, but also just to keep students engaged over the summer and expand enrichment opportunities to go beyond the basic academics.”

Outside of academic recovery and enrichment courses, the district prioritized vendors that focused on youth development, performing and visual arts, science, technology, engineering and mathematics.

The investment in summer school programming both this year and last year comes courtesy of COVID relief funding, he added.

Transportation will be provided, as well as free breakfast and lunch. The deadline to apply for Summer Learning Experiences is June 24.

authored by
First published at https%3A%2F%2Fwww.bridgedetroit.com%2Fnew-name-new-dates-and-other-highlights-from-detroits-school-board-meeting%2F