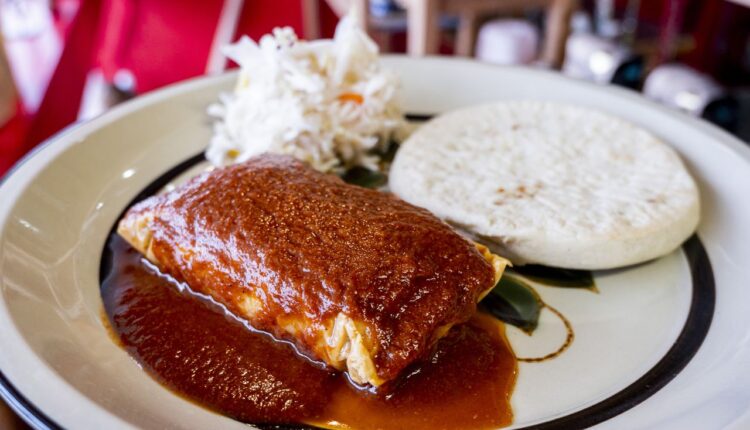 ANN ARBOR , MI — For Sylvia Nolasco-Rivers, the owner and chef of Pilar’s Tamales, creating good food is as much about love as it is about ingredients.

“The food is food from my homeland,” Nolasco-Rivers said.

Nolasco-Rivers and her family first came to the United States in the 1980s to escape a civil war in El Salvador, changing their birth names to false ones to protect themselves. Nolasco-Rivers was just 9 years old at the time.

The restaurant is named after her aunt, who still goes by her refugee name, Pilar.

“I felt it would be really a great way to honor not only her as a woman and leader in our family, but also a way of remembering the story and how we all got there,” Nolasco-Rivers said. “…It reminds me … of our lineage of our family, how we got here. And also, Pilar means a pillar, so the pillars of strength is how I look at it.”

Pilar’s Tamales serves a variety of the masa-based dish, with filling options like chicken, chicken and cheese, pulled pork, black bean and cheese, and organic tempeh. The pupusas have many of the same flavors available.

“Tamales vary from country to country, from region to region,” Nolasco-Rivers said. “There are hundreds of different styles of tamales.”

Central American tamales, such as those served at Pilar’s Tamales, tend to be larger, with a flavorful corn masa dough. The dough for her tamales is “butter and just soft and tender,” Nolasco-Rivers said.

“The creation of wonderful food is not only the ingredients but the love that you put into it. I always tell my children: ‘Don’t just stir something, pray over it, sing to it,’” Nolasco-Rivers said. “Put your wonderful love and energy into it and that’s going to come through, and I think that’s really the key of any cooking.”

Michigan’s Best Local Eats: Try everything from brats to tots at Ypsilanti’s The Wurst Bar

Local Eats: Blimpy Burger has been slinging award-winning patties since 1953

Local Eats: Sip a cocktail or try steak on toast at Raven’s Club in Ann Arbor