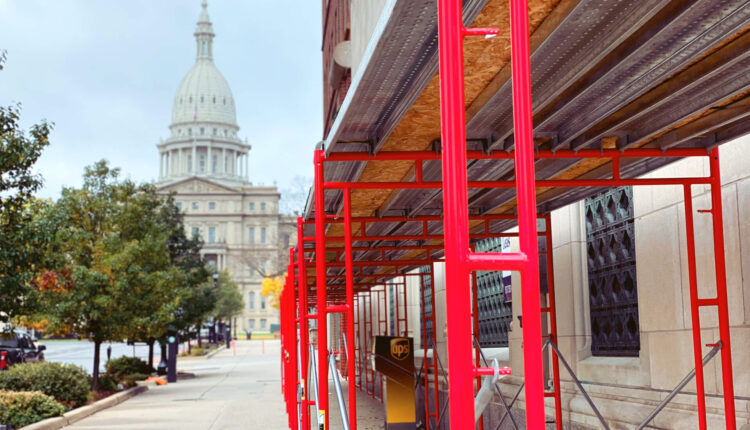 Michigan budget experts on Friday reported an “astounding” rate of growth in Fiscal Year (FY) 2021, which ended Sept. 30, with preliminary actual state revenue surpassing forecasts from even before the COVD-19 pandemic began.

“It is astounding,” said State Budget Director Chris Harkins at the Consensus Revenue Estimating Conference. “In January 2020 [before the pandemic hit Michigan], when I believe I chaired this conference, we had very positive expectations for the economy. Things were smooth and we looked like we had marginal growth across the board. By May, we had a very different revenue picture. And in a few years passed, we now see incredibly revenues at the end of FY ‘21.”

“The swing has been absolutely unbelievable, and yet I think we’re in a very strong position as a result of some of those pandemic supports, we are in a very strong position going forward. I am very optimistic,” Harkins said. “This is uncharted territory, but it has been for the last three years. I think the governor [Gretchen Whitmer] has managed to chart those waters very well and we are on our way out, hopefully, of this pandemic.”

That $29 billion accounts for about $16.05 billion in the School Aid Fund and about $12.95 billion in the General Fund. Those are the two discretionary funds in Michigan’s state budget that fund everything from K-12 education to state parks to prisons.

Eric Bussis at the Department of Treasury said that accounts for a net revenue growth of about 17%. That’s split across the General Fund, which was up 20% — the highest rate of growth in at least four decades — and the School Aid Fund, which was up about 18.8%.

That’s largely a result of historic tax collections, which Bussis said were at their strongest dating back to at least 1980.

Specifically, Bussis said that consumption tax collections increased over the prior year by nearly $2 billion, a 20% growth rate.

That has only been higher in years where the sales tax rate has been changed, Bussis said. Stimulus payments during the pandemic likely played a major role in that, according to Bussis.

During the pandemic, consumer habits also shifted from spending money on services towards spending that money on tangible goods. Baseline sales taxes grew 13.6% in FY21.

As things return to normal, and people begin going out more, Jim Stansell of the House Fiscal Agency said that there will be more untaxed activity taking place again in the form of services, replacing some of the taxable activity in the form of buying those tangible goods.

Michigan also saw an income growth rate of 17.2%, which Stansell said is “simply not sustainable.” Because of that, the House Fiscal Agency, Senate Fiscal Agency and administration all forecast a negative baseline income tax growth rate for FY 2022. “That doesn’t necessarily mean that income tax revenue is going to fall, but it means, based off what we are assuming about the economy, we don’t expect the baseline income tax revenue to grow, from just an economic standpoint,” Stansell said.

Despite all three agencies forecasting a negative growth rate for the baseline income tax in FY ‘22, the House Fiscal Agency and administration both project slight positive growth when translating that into net revenues.

In FY ‘22, $12.45 billion of forecasted revenue would go to the General Fund, with an additional $16.08 billion going to the School Aid Fund.

Funds from the federal bipartisan infrastructure law are not represented in the forecasts, which are focused on state revenue raised for the General Fund and School Aid Fund.

Harkins said he is remaining mindful of the fact that these forecasts can continue to fluctuate over time depending on the state of the COVID-19 pandemic and that much of the state’s revenue is one-time in nature, as a result of pandemic relief funds, and thus should be used for “one-time investments that keep our budget in balance for the long term.”

Additionally, Treasurer Rachel Eubanks noted that the extreme growth in FY ‘21 is not likely to continue into future fiscal years at the same pace.

“We received very good news today. Revenues are in a great position. However, most of the strength of those revenues is transitory,” state Treasurer Rachel Eubanks said. “These revenues present opportunities for the state, but as we move forward we must be thoughtful and deliberative about our policy choices.” State House Appropriations Committee Chair Thomas Albert (R-Lowell) said in a statement that the House would be cautious allocating funds in the upcoming budget.

“Revenue projections continue to exceed previous expectations, but it does not eliminate the need to be cautious and smart about how the state invests taxpayer money,” Albert said. “Our approach moving forward is simple. We will take advantage of existing one-time resources already available to make targeted investments that will benefit our state for years to come. But we will not create ongoing costs that could be difficult to sustain within Michigan’s year-to-year state budget.”

“I think it’s fair to say that the last three or four years have been all budget, all the time, and I think we’re going to continue to see a lot of that right now. We have a lot of revenue sources available to us and a lot of interest in getting those dollars appropriately and thoughtfully allocated to serve the people of the state,” Harkins said. “But it requires a lot of conversation. There’s a lot of input necessary.”

Harkins said he especially expects to see progress on unallocated federal funds that were distributed to the state under the American Rescue Plan.

“We see about $1.8 billion in the ARP dedicated funds, those kind of programmatic pass-through sort of funds, but still another $5.3 billon available in that flexible, but not fully discretionary, state relief fund. So there’s a lot of money still to be appropriated.”

Dangerous vacant home cleaned up on Detroit’s west side