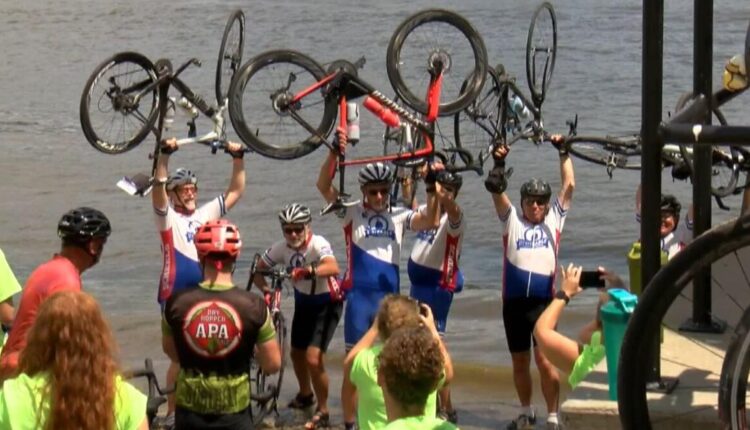 Lansing looks back on a successful RAGBRAI | Iowa Strong

LANSING, Iowa (KWWL) — Bikers and bike enthusiasts from across the world came to Iowa last week to participate in the RAGBRAI. With the thousands who came returned home, the communities on the path like Lansing are looking at what was left behind.

If someone looked around Lansing on Tuesday they wouldn’t be able to tell over 20,000 people were walking through the small town just the Saturday beforehand. However despite the town being spotless now, the effects are still being counted.

“Just chatting with local mom and pop business owners on main street I know that many of them have reported that take their best day of business, and double it,” Ian Zeran said on Tuesday.

Zeran is the executive director of Lansing’s RAGBRAI committee. He says the exact amount brought into the community is still unclear. However the Lansing RAGBRAI non-profit made more than $200,000 in revenue. $125,000 of that is profit, that will be distributed to other non-profits in the area. Zeran says it wasn’t just the monetary side of things that went well.

“Spectacular success all the way around,” Zeran said. “The riders were happy, the volunteers had a great time, the residents seemed to be thrilled. It was a beautiful day.”

According to the state RAGBRAI committee there were 18,000 officially registered riders. However Matt Phippen, RAGBRAI’s ride director, says it was reported there were up to 30,000 bikers on the road on the first day.Even more added on after.

Despite the crowd, Zeran says there was no issue cleaning up Lansing.

“These riders are amazing,” Zeran said. “I think it’s really important to note that as a town you really do have to provide that kind sanitation and that service. But if you do, these riders pick up after themselves.”

Planning is already underway for the next year. Phippen says they’ve already started getting ready for their milestone of RAGBRAI’s 50th anniversary.

“The plan is a big party in every community,” Phippen said. “You know I truly believe if it’s on a bucket list for someone they’re coming to Iowa next year for the 50th to check out RAGBRAI.”

Phippen says most locations have already been decided, but the exact route is still being determined.