LANSING, Michigan – The city of Lansing has removed 6,042 street trees and replanted only 3,335 in the past decade, a difference of about 2,700.

The city currently has 40,000 street trees. Lansing Parks director Brett Kaschinske said he had no estimate of the number of trees in the city’s parks and paths.

Kaschinske said the removal was largely due to disease and severe storms that resulted in trees being removed from power lines.

He said the reason they weren’t transplanted was financial.

“It is a question of resources that we can plant trees,” says Kaschinske.

But trees can add tremendous value to a community, says Brian Cregg, a professor at Michigan State University who specializes in the physiology and management of trees in landscapes.

“A large part of that value is rainwater reduction,” said Cregg. “Because that’s all water that doesn’t have to go through the purification system, and all of that. Trees do a lot more for us, environmentally friendly, they also remove pollutants so that they can actually capture fine dust. “ 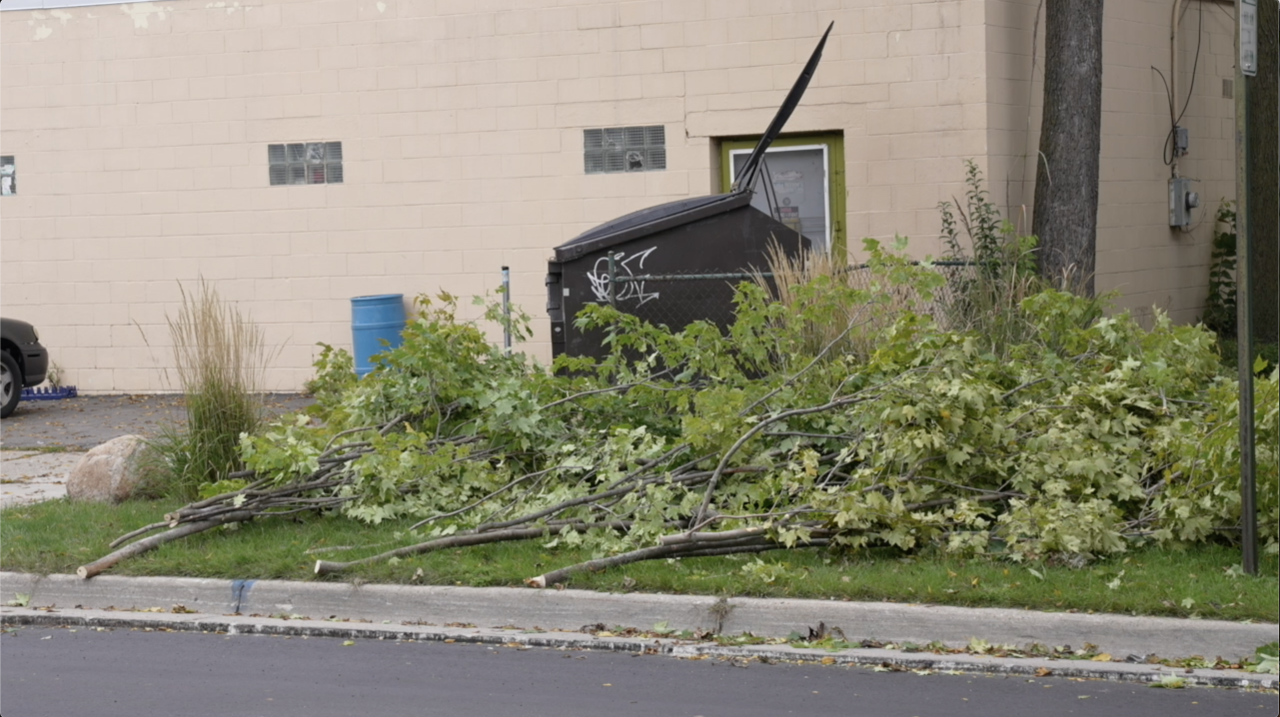 Parts of a tree on Hillsdale St. in Lansing

Trees also have physical and mental benefits for humans.

“There is a growing body of research into what trees do for us physically and mentally, and of course it is all about the mind-body connection,” Creg said. And so things like scent, trees, or the outdoors are good for your blood pressure, too. And so this connection is of course linked to nature and better health outcomes. “

And these environmental and health benefits diminish as trees fall

The reduction caught the attention of Lansing resident Thomas Hamlin who has lived on Devonshire Avenue for 25 years. During the pandemic, when he and his wife started walking around their neighborhood more, he noticed something.

“The trees have been felled, removed, but not replaced over time,” said Hamlin. “So the deforestation policy is to remove more trees than you replace.” Hamlin compiled a list of 80 trees that were removed and not replaced in its southern neighborhood bordered by Jolly Road, Pennway Drive, Pennsylvania Avenue, and Tranter Street.

“I made the list and sent it to the forestry department and the mayor,” said Hamlin. “And so far I’ve had some nice polite responses, but no action.”

Kashinske said programs are available through the parks department that allow neighborhood groups to apply for trees to be planted in their areas, and the city hopes to increase the number of trees in the years to come.

Half of Lansing City Council’s live in District 4. Would more districts assist?