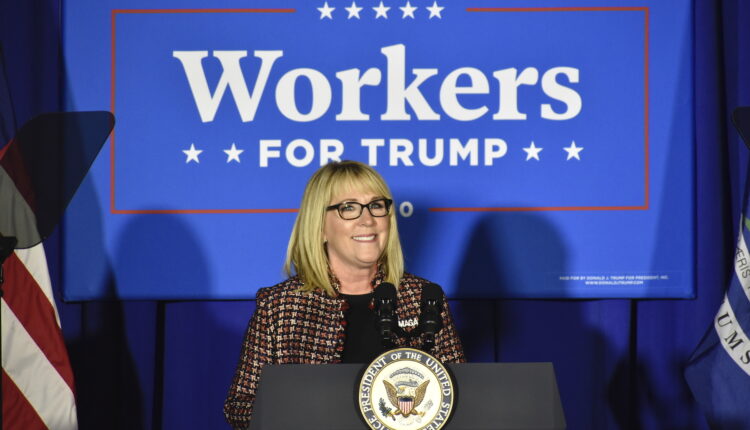 Chairman Bennie G. Thompson said in a statement the panel is “seeking records and testimony from former campaign officials and other individuals” who had relevant information about plans to select alternative electors. Those bogus electors claimed Trump won states he had, in fact, lost.

“The Select Committee has heard from more than 550 witnesses, and we expect these six individuals to cooperate as well as we work to tell the American people the full story about the violence of January 6th and its causes,” the Mississippi Democrat said.

The subpoenas are part of the Select Committee to Investigate the January 6th Attack on the United States Capitol’s efforts to gain a clearer understanding of why GOP officials and politicians in states Trump lost signed certificates for fake electors who attempted to declare Trump the victor.

The six subpoenas issued Tuesday come less than a month after the select committee issued subpoenas for 14 people from seven states who participated as fake electors following the 2020 presidential election.

In the letter to Ward, the select committee said she “apparently spoke with former President Trump and members of his staff about election certification issues in Arizona.”

She also allegedly sent text messages to an Arizona election official stating “we need you to stop the counting” and telling the person to contact a lawyer for the Trump campaign after The Associated Press and Fox News declared President Joe Biden the winner of its Electoral College votes.

The select committee has already issued a subpoena for Ward and her husband’s cell phone records from Nov. 1, 2020, through Jan. 31, 2021. Ward has sued in federal court in an attempt to block her cell phone company, T-Mobile, from turning over the records.

Finchem, who was outside the Capitol on Jan. 6 and attended a QAnon conspiracy theory convention in Las Vegas, was allegedly involved in an array of activities following the 2020 election.

The committee wrote that he claimed the election was “rigged;” helped arrange an event at a Phoenix hotel where he reportedly said “not only do we have ballots that are improper but we have an election system that’s been hacked;” and while in Washington, D.C. around the time of the Jan. 6 attack said he wanted “to deliver an evidence book and letter to Vice President Pence showing key evidence of fraud in the Arizona Presidential Election, and asking him to consider postponing the award of electors.”

The panel wrote to Cox that it would like information about how she reportedly witnessed Trump lawyer Rudy Giuliani pressuring “state lawmakers to disregard election results in Michigan” and saying that “certifying the election results would be a ‘criminal act.’”

Giuliani was invited in December 2020 by Republicans to testify before a House Oversight Committee hearing that aired unproven claims of election fraud. Before the hearing, he and Cox did a joint press conference where he urged Michigan lawmakers to appoint Trump electors.

Almost two weeks later, a slate of fake Trump electors, including now Michigan GOP Co-Chair Meshawn Maddock, tried to get into the state Capitol where the Electoral College had convened, but were stopped by police. The Republicans sent fake documents to the National Archives and others and are now also part of the Jan. 6 probe. Michigan Attorney General Dana Nessel has referred the matter to the Department of Justice.

Mastriano, who is running in Pennsylvania’s Republican gubernatorial primary, reportedly spoke with Trump following the election while Mastriano was participating in plans to select alternate electors to falsely claim the state’s Electoral College votes belonged to Trump.

“We understand you participated in these activities based on assertions of voter fraud and other asserted irregularities and based on a stated belief that under the U.S. Constitution the ‘state legislature has the sole authority to direct the manner of selecting delegates to the Electoral College,’” the committee wrote. “We have an interest in understanding these activities and the theories that motivated them.”

The select committee wrote to Brown and Roman that it would like to discuss various false statements they made about Trump winning the 2020 election as well as their efforts to select fake electors.