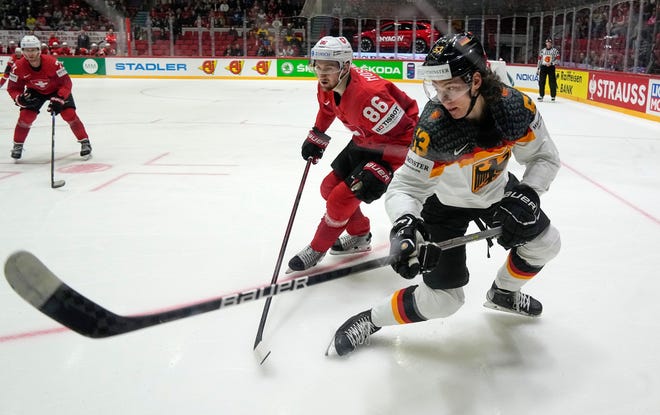 Two Detroit Red Wings had quite a performance in a key game for their respective nations at the World Championship.

Forward Pius Suter scored a goal in the second period Tuesday en route to a 4-3 Switzerland victory over rival Germany. With the win, the Swiss locked up Group A and plays a quarterfinal against the US, where former Wings coach Jeff Blashill is an assistant. Goaltender Alex Nedeljkovic had accepted an invitation to play for the Americans, but had to pull out because of an injury.

MORE WINGS:Here’s what Detroit would have gained in winning draft lottery from 2017-2021

Seider, who capped a 50-point rookie campaign by being named a finalist for the Calder Trophy, had an assist on Germany’s second goal. Seider fired the puck through traffic from the point and was originally credited with the goal, but officials deemed the puck glanced off teammate Stefan Loibl. Seider has a goal and five assists in seven games.

Suter has three goals and five assists in seven games.

The Germans finished second in Group A and will play the No. 3 seed in Group B, pending Tuesdays later games.

A summit of leaders is coming to Grand Rapids