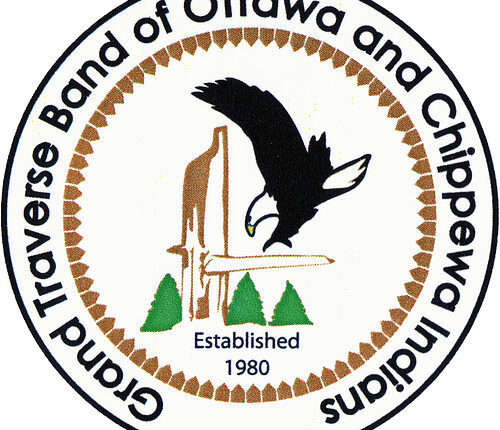 The Grand Traverse Band of Ottawa and Chippewa Indians (GTB) has announced the latest round of recipients for its twice-per-year allocation of gaming revenue. The winter allocation will see the disbursement of nearly $800,000 to northern Michigan to local units of government. The dozens of projects and organizations that will receive money thanks to the allocation include TART Trails, Michael’s Place, Northwestern Michigan College (NMC), the Traverse City Fire Department, and more.

Under the terms of the Tribes v. Engler settlement, GTB is required to allocate two percent of its video gaming revenue to local units of government on a twice-per-year basis, no later than 60 days after July 31st and January 31st of each year. According to a press release that announced the latest allocation, GTB will be distributing $793,663.69 to 46 different local applicants. That dollar amount reflects two percent of the video gaming revenue that GTB and its casinos generated during the second half of 2021.

Highlights of the allocation for Traverse City and Grand Traverse County applicants include:

$25,000 to Acme Township, which applied for money to help support a 1.8-mile addition of the TART Trail in Acme. TART is currently in the process of planning the extension of the TART beyond its current Acme terminus, at Bunker Hill Road.

$30,000 to Grand Traverse County, which plans to use the money to support the Conservation Resource Alliance and its “regional River Care Program.”

Multiple allocations to Northwest Education services, including $10,800 that the ISD will direct toward Michael’s Place; $15,000 that will go to the Great Lakes Children’s Museum; $25,000 to support Youth Peacebuilders Clubs; and $10,000 “to support the Child and Family Services’ Youth Work program in working with students from Northwest Ed’s ACE Program and Transition Center.”

$36,886 to NMC, to allow the college “to continue providing academic, social, and community support services to the native student population and community, both in person and virtually.”

$10,908 to the Northwest Regional Fire Training Center “to purchase much needed tools to be used at the training center.”

$14,634 to Paradise Emergency Services “to replace extrication tools fixed to a responding engine.”

Two allocations to the Peninsula Township Fire Department, including $17,000 “to purchase two thermal imaging cameras” and another $3,850 “to purchase an airbag lifting system for extrication during motor vehicle accidents and structural collapses.”

$20,000 to the Traverse Area District Library, to fund a trio of projects: installing a land acknowledgment sign in the children’s garden; incorporating indigenous artwork into events for the 2022 summer reading program; and “funding the base of an indigenous book/material collection for their new bookmobile.”

$17,482 for the Traverse City Fire Department, to support the purchase of a LUCAS chest compression CPR device for its newest fire engine.

$20,000 for the Whitewater Township Fire Department to buy “a Self-Contained Breathing Apparatus (SCBA) air compressor to their existing cascade system.”