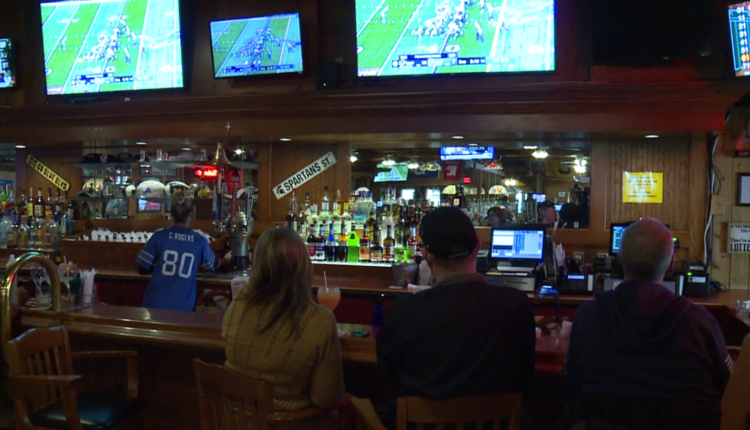 This Thanksgiving Day, FOX 17 stopped by Cheer’s Restaurant on Plainfield in Grand Rapids where staff members were working hard to help others enjoy the holiday tradition of cheering on Detroit.

“Greatest staff. Jasmine…Oh my gosh, she is the greatest,” Kenny Baranowski, a Lions fan at Cheer’s, told FOX 17 Thursday.

Jasmine is a bartender at Cheer’s. She spent her Thanksgiving serving drinks to people from all walks of life with one thing in common— wanting a hot meal, an ice-cold beverage and, most importantly, someone to share it with.

Cheer’s was open all day on Thanksgiving, and the cook, Jesse, worked to make sure that everyone who wanted a turkey dinner was able to get one.

A couple who was sitting at the bar told FOX 17 that Cheer’s wasn’t their first idea. Originally, they had plans with their family, but say someone got sick.

They say, thankfully, Cheer’s dared to stay open on a day when most other restaurants close their doors.

Baranowski, on the other hand, is a Cheer’s regular. He grew up watching the Detroit Lions Thanksgiving Day game with his family, but now, they’re spread apart so he decided to head to Cheer’s and enjoy the game with friends—a new “unofficial” Thanksgiving tradition.

Cheer’s also catered our very own FOX 17 Thanksgiving feast—which is a tradition we have each year at our headquarters in Grand Rapids.

Staff members say they truly don’t mind working on the holiday because of how much happiness it continues to bring others.

Who is Carter Oosterhouse? Meet the lifestyle expert of ABC’s The Great Christmas Light Fight season 10