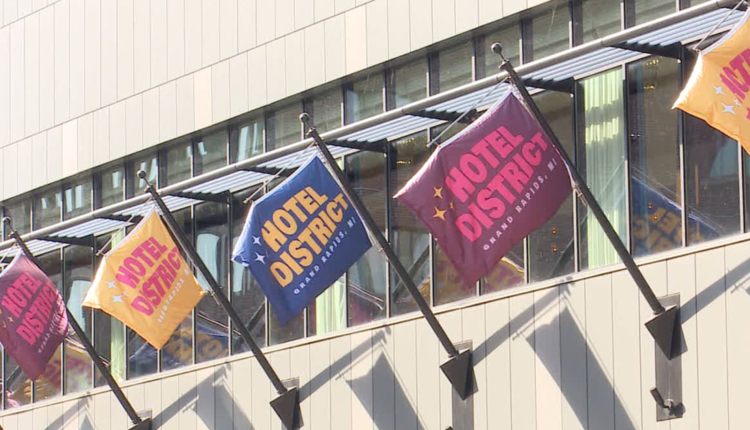 GRAND RAPIDS, Mich. — Downtown Grand Rapids is seeing a boost in visitors and the latest numbers show that more people are staying in hotels.

With ArtPrize 2022 now underground, those numbers are only expected to rise.

Several area hotels used incentives to get visitors to stay for more than one night.

The Hotel District Business Association told FOX 17 that the numbers are about where they used to be before the COVID-19 pandemic hit.

“There’s a $33 million economic impact that will come to the city because of ArtPrize,” explained Richard App, the retention and attraction specialist for the city of Grand Rapids. “What I’m excited about is more people coming to see how cool things are here and how cool what we’re going to make this city a more attractive city to come and then really hang out for longer.”

App told FOX 17 that in a recent meeting, they discussed the bump in numbers of people staying at hotels.

The Downtown Development Authority shows a nine-percent average boost in hotel occupancy in 2022, compared to the five-year average, with a bigger difference year-to-year.

Meanwhile, several area hotels used incentives to get visitors to stay for more than one night. Some even offered 25 percent off for the second night.

The DDA data shows that the downtown area of ​​Grand Rapids saw more than two million visitors in August of 2022.

The numbers also show that there was a 36-percent increase in visitor activity compared to the five-year August average.