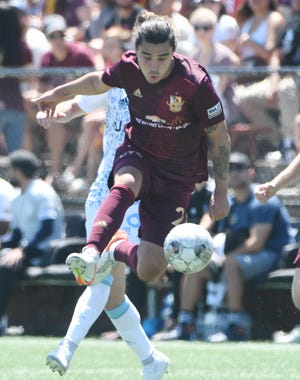 Hoppenot took a lead pass from Maximiliano Rodriguez, who had split two defenders on a rush into Tampa’s goal area. Hoppenot drilled his shot past Tampa keeper CJ Cochran.

Nate SteinWasher returned from a one-game absence for a personal matter and posted the clean sheet.

It was the second straight win for Detroit City, which is 3-0-1 in its last four. It moved Le Rouge (13-6-10) one point ahead of The Miami FC into sixth place in the Eastern Conference.

The Rowdies (16-7-6) lost their second straight but are in third place in the East.

Detroit City goes on the road to face the New York Red Bulls II Wednesday, then returns to Keyworth to face FC Tulsa on Saturday, Sept. 24.