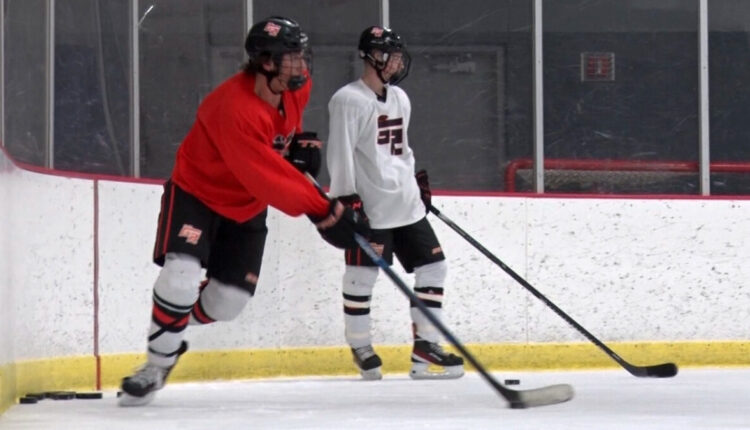 Not many boys’ hockey programs in the state have a consistent record of excellence like Grand Rapids. The Thunderhawks have made trips to the state tournament in the ’70s, ’80s, ’90s and 2000s and have made it to the Xcel Energy Center two of the last six years. This tradition of 16 state tournament appearances and four state championships has made Grand Rapids a state powerhouse and continues to motivate future Thunderhawks.

This year’s team was once again among the best in the state, currently sitting 13-3 and ranked 9th in the state in Class 2A. Joey DelGreco leads offensively for Rapids and scores 44 points. However, the Thunderhawks have five other players who have scored 20 or more points so far this season. Grand Rapids’ defensive line and depth were also major reasons the Thunderhawks have outscored their opponents at over four goals per game.

The Rapids’ schedule for completing the regular season will be difficult as eight of the Thunderhawks’ last nine games will be played against teams that currently have a winning record.