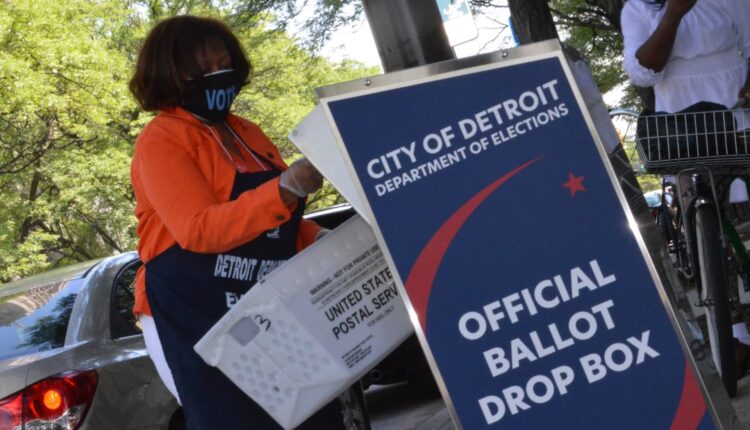 Proposals to change the signature verification process for elections passed along party lines during a legislative committee meeting Wednesday, but committee leaders left Secretary of State Jocelyn Benson in the dark about the proposal details.

The Joint Committee on Administrative Rules met Wednesday morning to vote on a number of proposed changes to the state’s election law, namely on how election clerks determine the validity of a ballot signature.

“Just to be clear, they just want to make it harder to vote,” Holler said.

This is just the latest in a string of attempts to implement voter restrictions in response to the 2020 general election. Led by former President Donald Trump, who lost to President Joe Biden by 154,000 votes in Michigan, election fraud conspiracies have garnered support from Republican legislators in Michigan, despite no evidence to prove the state’s election system failed or there was widespread fraud.

In March 2021, Republicans introduced a package of dozens of voter restriction bills in the state, specifically targeting absentee voting, many of which Democratic Gov. Gretchen Whitmer has vetoed. Since then, Republicans have begun the “Secure MI Vote” ballot petition drive and another for a so-called “forensic audit,” which could evade Whitmer’s veto.

There also have also been attempts to protect voting rights, with two competing ballot measures, the Ypsilanti-based “MI Right to Vote” and “Promote the Vote 2022,” backed by Voters Not Politicians, Promote the Vote and the Michigan League of Women Voters.

The signature verification proposals debated in the committee include limiting the “redeeming qualities” of a signature when determining its validity, limiting the reasonings considered when a signature is questionable, limiting the number of ways a clerk must attempt to contact a voter whose ballot is rejected, prohibiting the curing of a signature through a cure form and clarifying that signature suring must take place in the presence of a clerk.

Democratic committee members voiced concerns that these changes are restrictive for voters and could result in valid signatures being thrown out and votes not being counted.

“There are a number of [proposed changes] geared toward making it easier for votes to be rejected, and thereby making it so that valid electors in the state of Michigan will not be able to count their absentee ballot,” said Sen. Jeff Irwin (D-Ann Arbor).

Hollier said these proposals would directly impact the state’s absentee ballot option, which has been under attack by Republicans after the state expanded access to absentee voting in 2018 and record numbers of people voted by mail in recent elections.

“The people who are going to be most negatively impacted by this are seniors, college students and people who are serving our country in military or diplomatic spaces abroad, who have to vote remotely. And it also impacts the … physically or mentally disabled community, people who have recently had strokes or something like that, whose signatures are most likely to have changed recently,” Hollier said. “Those are the ones who are most likely to have been negatively impacted by this and they just don’t care. And that’s not OK.”

When asked whether the secretary of state had seen the proposed changes, Committee Chair Luke Meerman, a GOP House member from Coopersville, said the committee leaders plan to have “more conversations with them in the near future” and the department has seen the changes “recently.”

However, Tracy Wimmer, a spokesperson for Benson — a Democrat and the state’s chief elections officer — said the office received the proposed changes Wednesday after the meeting had already begun.

“We have 30 days to review and respond, so we will be reviewing now that we have received them,” Wimmer said.

All of the proposals passed the committee along party lines with 3-2 votes and will go next to the secretary of state for consideration.

An $80,000 Tab for Newborns Lays Out a Loophole in the New Law to Curb Surprise Bills