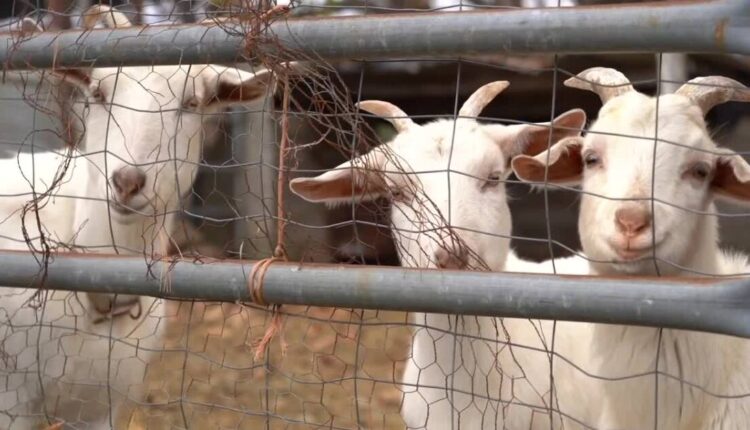 Currently, East Lansing allows up to four cats or dogs and up to four chickens with one permit. Planning and zoning administrator Peter Menser said if an ordinance to allow goats and ducks went ahead, a public hearing would be scheduled to gather input from the community.

East Lansing Mayor Ron Bacon said he’s “skeptical about the way our distances and generally our neighborhoods are laid out, and some of the tight quarters and the other conversations we even have about neighborhood relationships.” I don’t want to create a new situation that leads to inappropriate interactions between neighbors or unfriendly interactions or anything like that.”

“The goats just follow me. And I can’t tell you how many people just say, ‘I’m so happy to see your goats. That made my day better.’ They seem to bring people joy,” Grant said.

Grant owns two goats. Goats are allowed in Seattle because she championed them.

“There were goats that are too loud, and then certain breeds that are louder, but there are certain individuals that are louder.” So it’s like there are some dogs that you don’t want to let live next to you … So another tricky thing, right? Just because some goats are loud doesn’t mean you want to ban all goats.”

Bacon said he was open to the idea.

“We sent it back to learn more about what that would mean for local ranching in our neighborhoods and communities. How many square feet would you need, what type of fence you know, everything, smell, noise, just any consideration and verse in the back to the staff and we’ll get a little more expert opinion on that. But it’s interesting to talk about,” Bacon said.

Sarah Carson from East Lansing is excited about the opportunity.

“I have a four-year-old daughter and we went to a petting zoo… and it was just so much fun. And my daughter loved her so much that I was literally contemplating getting one as a pet in our backyard. So when I got home, I looked up the ordinance in East Lansing and saw that it wasn’t allowed yet. So when I saw that they were thinking about changing the law. I was really excited to see that,” Carson said.

According to Grant, goats in Seattle are not allowed to have horns and male goats must be spayed to minimize noise.

Sign up for newsletters to be emailed to your inbox.

Your new baseball team will be the Battle Creek Battle Jacks