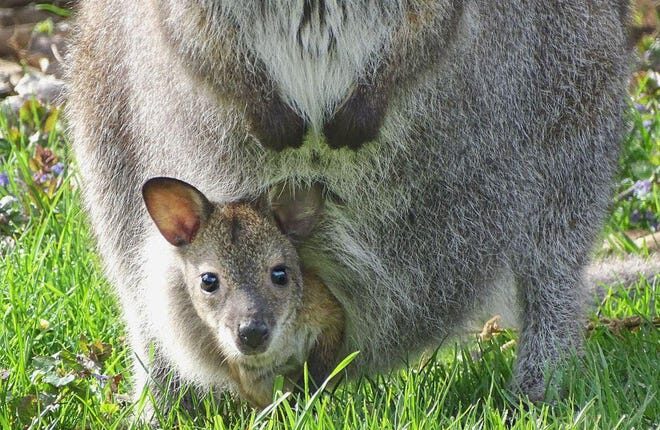 Detroit Zoo ends search for baby wallaby, believes it to be dead

Detroit Zoo officials are calling off a search for a missing baby wallaby Friday, six days after the joey was last seen.

The baby wallaby was estimated to be between 5 and 6 months old. Its gender had yet to be determined as it had just started leaving its mother’s pouch. The new bundle of joy was announced May 7 and was 4-year-old wallaby Sprocket’s first joey.

In a Facebook post Friday, the zoo said it had exhausted every resource in the search, which entailed hours of analyzing security camera footage, trail cameras and the areas surrounding the zoo.

More:Well-known Dearborn man may have most famous dogs in city

“We are heartbroken that nothing has revealed to us the location of this wallaby,” the post reads. “At this point, after so many days away from the mother, we do not believe this joey could still be alive.”

In the announcement of the joey’s disappearance, zoo officials said it was unlikely that a joey could survive at such a young age for an extended time without its mother. The statement Friday also said officials are reviewing animal welfare and preservation policies.

[ Want more updates on the Detroit Zoo? Download our app for the latest ]

Sprocket, the joey’s mother, is healthy and receiving care, according to the statement.

“Thank you to everyone who followed the search for this joey and offered support,” the statement concludes. “We are devastated this story did not have a happy ending.”