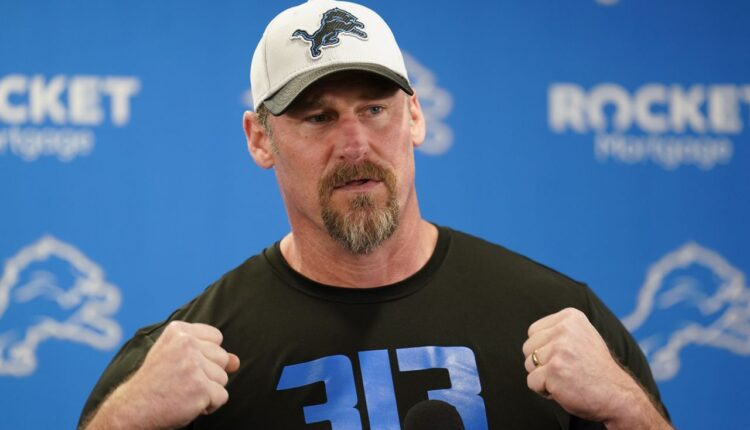 Dan Campbell on lack of prime-time games for Detroit Lions in 2022: ‘It’s superior’

ALLEN PARK — The Detroit Lions are the only team in the league not featured on the 2022 prime-time schedule. That’s the second time Detroit has been left off that slate in three years.

And while that has irked some fans and talking heads? It sounds like it’s music to head coach Dan Campbell’s ears.

“It’s awesome, 1 o’clock games. It’s awesome, 1 o’clock,” Campbell said before Saturday’s rookie minicamp. “You knock them out. You go home. You get ready for the next opponent. You’re not waiting all day in the hotel, all night, and then you go up, and now you’re on a short week it feels like. I’ve got no problem. And by the way, you can get flexed (Weeks) 5-15, so who says we can’t get flexed?”

Related: Detroit Lions have joint practices on the books with the Indianapolis Colts this year

It’s also worth noting that the Lions have their annual nationally-broadcasted Thanksgiving game. That one should have even more eyeballs on it this year with Josh Allen and the Buffalo Bills coming to town. Detroit also landed on HBO’s “Hard Knocks” show for this year’s training camp and will host the 2024 NFL draft. So, it’s not all bad and in the quiet corner.

Michael North, the NFL’s vice president of broadcast planning and scheduling, held a conference call with reporters on Friday. The Detroit News reports North pointed to that Thanksgiving game as a big reason the Lions were left off this year’s prime-time slate.

“There’s no hesitation to put the Lions in a national window like that,” North said. “They were nothing if not frisky last year. They gave a lot of good teams a lot of good games. Having them on Thanksgiving, you can certainly make a pretty compelling argument they’re going to get a lot more eyeballs on that one than they would if they had one, standalone Monday night game or one standalone Thursday game.”

Letter: Feiger | Letters To The Editor