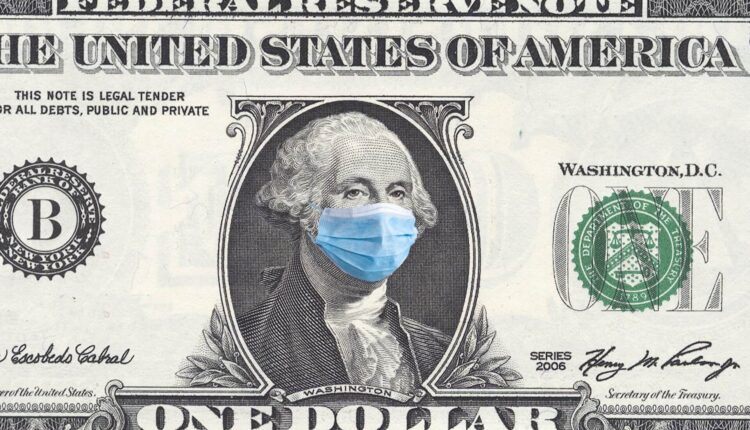 WASHINGTON — Congressional leaders on Wednesday pulled more than $15 billion in emergency COVID-19 aid from a government funding bill after infuriated Democrats said their states would get shut out of promised cash from a 2021 pandemic relief package.

Speaker Nancy Pelosi said in a statement that it was “heartbreaking” to remove the COVID-19 funding, but added that the House needed to immediately pass the rest of the $1.5 trillion spending package, including aid to Ukraine.

“Republicans resisted this deeply needed funding, demanding that every cent requested by the administration be offset, including through state and local funds scheduled to be released this spring,” the California Democrat said in a statement.

The offsets for the new COVID-19 spending came from the $1.9 trillion American Rescue Plan pandemic relief package Democrats passed on their own in March 2021.

That decision upset numerous Democratic lawmakers who said their states would be short-changed while other states that already had received their entire allocations would not be affected.

“Why is it that we can create new money for defense spending, but when it comes to investing in our communities, the only way Congress can make a deal is by taking that same life saving American Rescue Plan money away from our communities,” Missouri Democratic Rep. Cori Bush said in a statement.

Bush said some of the funding that would be pulled from the earlier relief legislation to pay for this pandemic aid spending “was already appropriated to help fund childcare, health care, housing and” schools in her home state.

“To turn around and now say we’re taking hundreds of millions of dollars back, in the name of bipartisanship is just unbelievable,” Bush continued.

The government spending package, which was released around 1:30 a.m. Wednesday, includes funding to keep the federal government operating through the end of the fiscal year on Sept. 30. It also includes $13.6 billion in military, economic and humanitarian assistance to Ukraine as well as a reauthorization of the Violence Against Women Act.

The House was set to vote on the funding package early Wednesday afternoon, but action stalled as lawmakers frustrated with the offsets for the coronavirus aid began expressing their frustrations to leadership.

To remove the pandemic aid from the bill, the entire package will have to go back to the House Rules Committee before it can receive a final vote on the House floor.

After that, it will need to go to the Senate for debate and a final vote.

To give senators enough time to move through procedural votes on the bill, the House is also set to pass a temporary government funding bill through March 15.

The Senate must clear that temporary spending measure bill before funding for the government expires on Friday at midnight.

While the path forward for the larger spending package appeared to clear up Wednesday afternoon, there wasn’t any indication of when or how Congress would pass additional funding to address the pandemic.

Acting White House budget director Shalanda Young said in a letter that the pandemic response funding was needed to address “immediate needs to avoid disruption to ongoing COVID response efforts over the next few months.”

The Biden administration, she wrote, would use the additional funds to purchase oral antiviral treatments, monoclonal antibodies and pre-exposure prophylaxis. The funding would also be used for testing, treatment and vaccines for uninsured people as well as to “accelerate global vaccination efforts and provide urgent humanitarian relief abroad.”