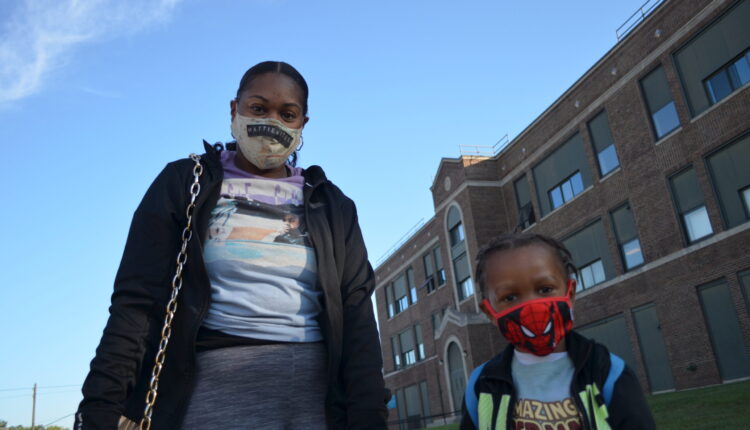 Michigan’s early childhood workforce has reached “crisis levels” of staffing shortages due to a lack of state support and low compensation, according to a report this month from the Michigan League for Public Policy (MLPP), Kids Count in Michigan and Think Babies Michigan.

Childcare workers in the state are among the lowest wage earners in Michigan, with a median hourly wage of $11.13, placing nearly 20% of them below the poverty line.

According to the report, “Confronting Michigan’s early childhood workforce crisis,” low wages have resulted in staffing turnover rates as high as 25 to 30%, affecting the quality of care for infants and toddlers.

“The biggest concern is that when we don’t have enough childcare workers to staff the centers and childcare services to keep them open, parents can’t go to work. And that has huge ripple effects on our economies, both locally and at the state level,” said Alicia Guevara-Warren, director of statewide policy initiatives at the Early Childhood Investment Corp., a Lansing-based nonprofit organization aimed at increasing public and private investments in early childhood.

There are a lot of plans to improve childcare in Michigan. Here’s what they do.

In a survey conducted between June 17 and July 5,  87% of childcare centers indicated that they were experiencing staffing shortages that forced them to serve fewer children, have a longer waitlist, not open classrooms or reduce their operating hours.

Eight out of 10 centers identified wages as the main recruitment challenge.

The pandemic has exacerbated issues in the early childhood workforce like worker burnout and low compensation, leading to difficulties retaining and recruiting quality staff, similar to the situation in K-12 education.

“It’s really difficult to do this job and provide that level of care needed, particularly when you are undervalued and under-compensated. It can lead to burnout and it can lead to people leaving the industry because they can go somewhere else with less stress, make more money and have better benefits,” said Guevara-Warren.

Gov. Gretchen Whitmer’s budget proposal, announced Wednesday, includes some recommendations to increase funding for early childhood programs, such as a 50% increase for the Early On program, which supports early identification and intervention services for younger children and includes $9.1 million to expand home visitation and early childhood collaboratives effort.

These other types of early childhood programs experience similar struggles that the childcare workforce faces.

For home visitation programs, one-third of these programs have waiting lists for services. Other staffing concerns include limited funding to hire enough staff, problems recruiting staff from different linguistic, racial and cultural backgrounds that match the community served and struggle with staff turnover.

The report offers some recommendations for the state, including:

‘His game will take off’