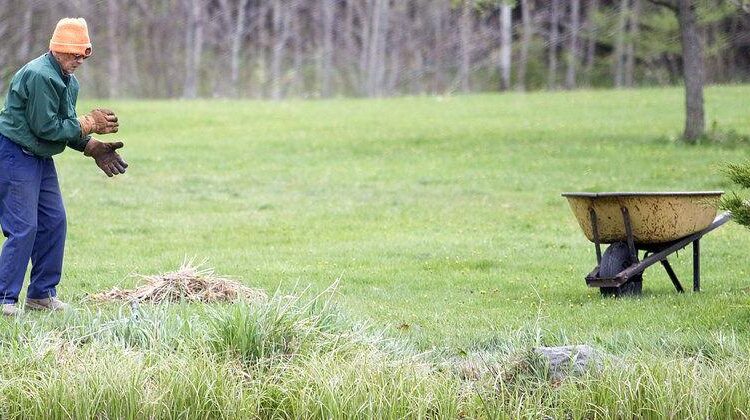 Champion of all things Mayfield gets her day | News

MAYFIELD — A remarkable woman, a storied town and a community effort to render a historic site into a public park will get their day.

Two stars will grace Grand Traverse County’s “Edna Sargent Day” celebration on May 21. One, of course, will be Sargent, a 96-year-old Mayfield legend who continues living a remarkable life.

Her deep local roots make her Mayfield’s “go-to” local historian, and a champion for all things Mayfield.

The other star will be Mayfield Township Park itself, where the event will be held from 1-3 pm A historical display will recount the history of the village and park, and friends and dignitaries will honor Sargent. This is all very fitting, for Sargent’s life is inextricably intertwined with the history of this charming location.

At the center of the park’s history is the now-pristine Mayfield Pond. Sargent’s maternal grandfather, James L. Gibbs, owned a sawmill in the mid-1860s that depended on the recently-created the pond in order to operate. And Edna and her brother James, along with others such as the Halladay and Biederman families, have been key players in creating the public park which surrounds it.

Sargent was born in 1926, and, with two notable exceptions, has lived near Mayfield her entire life.

Schooled in the village’s one-room school house, she attended Michigan State College (today Michigan State University), where she earned her teaching degree. She taught at Buckley and Kingsley, and then from 1955 to 1977 she worked as a counselor and registrar at Northwestern Michigan College.

Sargent also served in the Women’s Army Corps in Germany during the Korean War, and ran a horse farm. And, of course, she championed Mayfield’s history. She collects stories, artifacts and documents and makes sure they are preserved at local libraries.

She also served as the caretaker of Barnum Memorial Cemetery, and worked hard to bring the Mayfield Township Park into being.

Mayfield is settled on land once regularly traversed by the Anishinaabek, ancestors of many of today’s local Native Americans.

But as in most of the nation, in the mid-1800s the Federal Government claimed that land, and made much of it available to mostly white settlers.

In Mayfield one of those early settlers was James L. Gibbs. He and two others formed Mayfield Pond by damming Swainston Creek. They then built a sawmill. Gibbs soon became sole owner of that enterprise, and also built a grist mill and shining mills.

In 1921 Edna’s father, Harry Sargent, teamed with his father-in-law to convert the grist mill into a hydroelectric plant, thereby founding the Mayfield Electric Company. From 1921 to 1947 the company provided lights and power for both the village and Kingsley.

Edna Sargent and her brother James grew up near these family enterprises, although as the lumber ran out, the mills eventually disappeared. But unlike many small lumber towns, Mayfield survived.

In the early to mid-1900s the village shifted from a lumber town to a fishing and hunting center.

Halladay also owned a hotel which sat east of the old mill pond, just across the railroad tracks.

The pond and stream were so well known that in 1916 even Ernest Hemingway and a friend spent time fishing there, with Hemingway recording that they caught two rainbow and six brook trout.

By the mid-20th century Mayfield’s fishing and hunting enterprises had declined. Today the village survives as a small settlement, easy to miss as one travels between Traverse City and Kingsley.

But those who slow down and journey west for just a block or so will be richly rewarded. For just on the far edge of the village sits Mayfield Township Park.

Nestled there are stretches of peaceful greenery, winding trails, and a sparkling body of water. All this where logs once rumbled and mills once roared.

The creation of this elegant park was no mean feat. By the mid-20th century all the industrial buildings were gone, but the pond was of questionable quality, with a century of debris laying on the bottom, and with a decaying dam and spillway sitting just downstream.

The land closest to the pond had been sold to Les and Ann Biederman — Les being the founder of the Midwestern Broadcasting Company in Traverse City. There they built a small cabin.

That scenario changed when James Sargent, Edna’s brother, retired and returned to Mayfield from out of state.

The Biedermans soon realized how much the pond meant to Sargent, and to other Mayfield residents.

So in 1984 they generously deeded the land to the township for use as a park.

What followed shows the good that can happen when citizens, government and nonprofits work together. Mayfield residents, township and state government, fishing organizations and groups like Rotary Charities all contributed to the successful creation of the park.

In 1986 the Mayfield Park Committee was formed, leading a multi-year effort to rejuvenate the area. A diversion channel was built and the pond drained so silt, earth, logs and other debris could be cleared out. A road was literally moved so the dam and spillway could be repaired.

In 1990 the Halladay family enabled the park to expand to the east, donating land where the Halladay Hotel had once stood. The pond was refilled with water.

While all this was cause for celebration, tragedy struck when Committee Chairman Jim Sargent died from a stroke in October, 1990.

Still, the rejuvenated land was dedicated as a township park in June, 1991.

Even more improvements have been made since then. Multiple acres have been added to the park, including a trail system. Stonework memorials, a playground and pavilion also grace the park.

The pavilion sits on the site of the Halladay Hotel, and features a fire place original to that enterprise.

And what of Edna Sargent?

For decades she has volunteered to help maintain Mayfield Park, regularly raking, trimming trees, and doing whatever else is called for.

The resulting beauty reflects the affection she and many others have for the legacies of both their village and their families.

Detroit Tigers get Austin Meadows, Víctor Reyes back vs. Orioles

How smoking grass is preserving habitat in Rouge Park