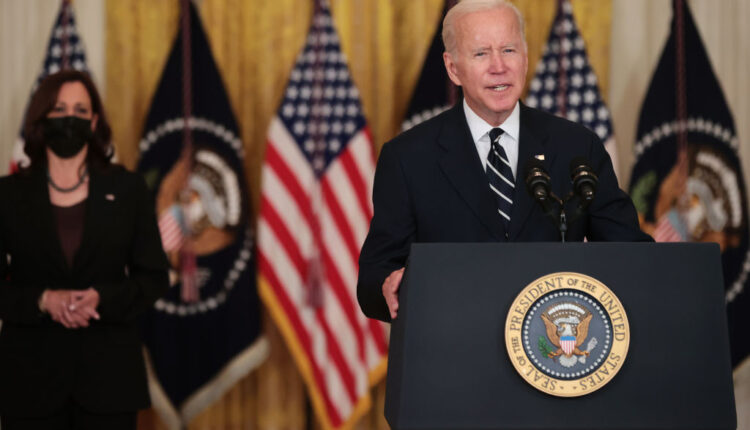 “We have reason to believe Russian forces are planning and intend to attack Ukraine in the coming week, the coming days. We believe they will target Ukraine’s capital Kyiv,” Biden said.

“We’re calling out Russia’s plans loudly and repeatedly, not because we want a conflict but because we’re doing everything in our power to remove any reason that Russia may give to justify invading Ukraine.”

Biden in remarks from the White House said that all diplomatic options will remain on the table until a further invasion of the country takes place, but after that, the United States and allied nations will impose severe sanctions on Russia.

“If Russia pursues its plans, it will be responsible for a catastrophic and needless war of choice,” Biden said from the Roosevelt Room.

The United States and other countries within the North Atlantic Treaty Organization are prepared to defend “every inch” of their territory, Biden said. That, however, does not include Ukraine.

U.S. soldiers will not be sent to the country if Russia invades, but Biden reasserted his commitment to helping the “Ukrainian people” in other ways, including with financial aid and weapons.

Biden said he doesn’t anticipate the conflict escalating to the use of nuclear weapons, but added the caveat that he cannot read Russian President Vladimir Putin’s mind.

“I don’t think he is remotely contemplating using nuclear weapons,” Biden said. “But I do think he is focused on trying to convince the world that he has the ability to change the dynamics in Europe in a way that he cannot.”

Biden declined to provide evidence for why he believes Russia will invade Ukraine within the next week beyond saying “we have a significant intelligence capability.”

The United States estimates that Russia has between 169,000 and 190,000 personnel outside of Ukraine, a significant uptick from the 100,000 that officials estimated were gathering near Ukraine at the end of January.

That figure includes military troops in Belarus and Crimea, and National Guard and Russian-led forces in eastern Ukraine, according to Michael Carpenter, U.S. ambassador to the Organization for Security and Cooperation in Europe.

“This is the most significant military mobilization in Europe since the Second World War,” Carpenter said in a statement Friday.

Secretary of State Antony Blinken said Friday while attending the Munich Security Conference that he was “deeply concerned” Russia is no longer on a path towards diplomacy.

“Even as we are doing everything we possibly can to make clear that there is a diplomatic path, that the differences have to be resolved through dialogue, through diplomacy, we are deeply concerned that that is not the path Russia is on,” he said.

Blinken is expected to meet with Russian Foreign Minister Sergei Lavrov next week in Europe, unless Russia further invades Ukraine.

Blinken said from Munich that he believes “Putin has been a little bit surprised” by the solidarity among nations within the North Atlantic Treaty Organization and the European Union.

“As long as we maintain that solidarity … whichever path President Putin chooses, we’ll be ready to respond,” he said.

For the moment, the Biden administration doesn’t believe that significant sanctions on Russia would have negative repercussions on the United States, such as a cyberattack, though White House Deputy National Security Adviser for Cyber Anne Neuberger couldn’t entirely rule that out.

During the White House daily press briefing, she said that there are currently “no specific or credible cyber threats against the homeland.” But noted that federal agencies were “preparing for that in case of any contingencies.”

“We’ve focused on maximum preparedness across government systems, across private sector critical infrastructure, both in the United States and working closely with our allies,” she said.