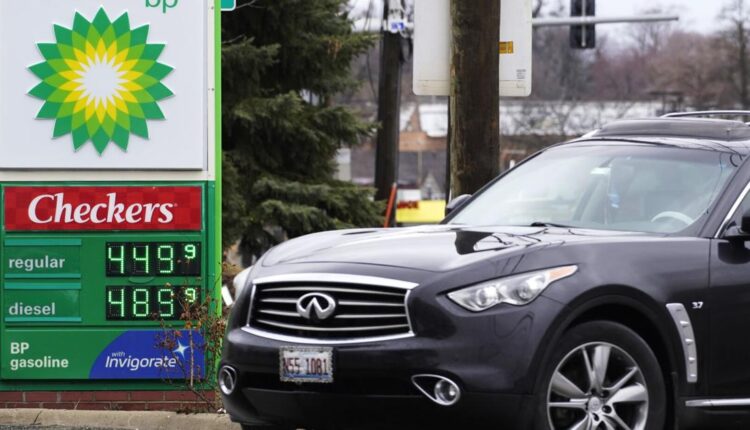 Another record high for gasoline | the BIZ

The average price of a gallon of regular unleaded increased 5 cents to $4.38 on Monday, according to the weekly report from AAA – The Auto Club Group. It’s the fourth straight weekly increase.

The new state average means Michigan motorists are paying an average of $65 for a full 15-gallon fill-up. The fill-up price is about $14 more than in November 2021.

West Texas Intermediate increased the price of crude oil from $5.95 to $105.71 at the close of Wednesday’s formal trading session. This was after the price of crude oil slid below $100 per barrel earlier in the week “due to global market concern that crude demand will suffer as COVID lockdowns in China remain in place,” according to the release.

But crude prices reversed course and increased “over growing market worries that Ukrainian and European Union actions against Russian oil-and-natural gas companies could spark retaliation by Russia that leads to more market disruption and uncertainty,” according to the release.

The domestic crude supply increased by 8.5 million barrels to 424.2 million and the current level is approximately 12.5 percent lower than during the first week of May 2021.

The national gas price average jumped 15 cents from last week to $4.47 a gallon. The national average for a gallon of regular unleaded last month was $4.07. US motorists paid an average of $3.04 a gallon in May 2021.

AAA offered some tips to save on gasoline, including:

Daily state and national gas price averages can be found at Gasprices.aaa.com or with the free AAA Mobile app.