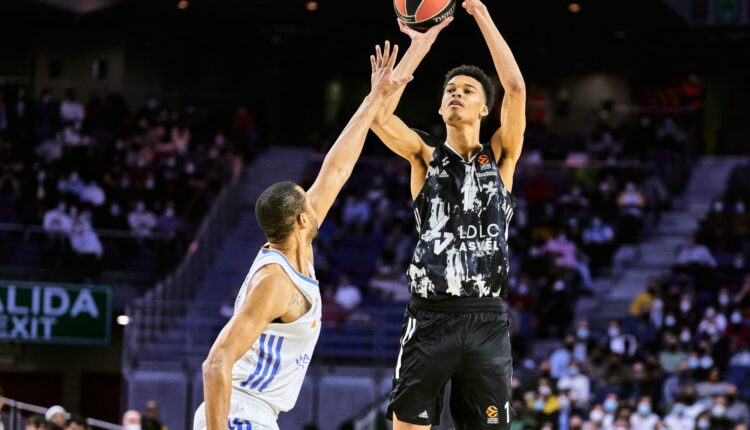 Will Detroit Pistons be ‘Wozing for Victor Wembanyana in NBA Draft’?

If the Detroit Pistons are not going to be zooming up the NBA standings this season, shouldn’t they make sure they have a good lottery spot in the draft, and tank again? A supposed ‘once-in-a-generation’ player could make it worthwhile.

Gregg Popovich is recognized as one of the best NBA coaches of all time. However, back in 1997, in his first year as head coach of the San Antonio Spurs, he did a surprisingly poor job of rallying the team when star center David Robinson was lost early in the season due to injury.

‘Pop’ was the Spurs general manager that year but, after a 3-15 start under Bob Hill, he fired him and took over as coach. He didn’t do much better, going 17-47.

San Antonio had gone 59-23 the year before, so, on the surface, it looks like they should have done better, particularly with a good coach like Popovich.

Struggling San Antonio ended up getting the No. 1 pick in the draft that year. The Spurs took Tim Duncan, and five NBA titles later, Popovich is hailed as a genius.

Let us just say, some eyebrows were raised afterwards about how the Spurs happen to nosedive that season.

Spurs win 5 titles and more games over the next 20 years than any other team https://t.co/JT2jJQLFua

Rather than fight for mediocrity, San Antonio just lost a lot, and gave himself a player who helped make it a title-contender for the next 15 years.

The Detroit Pistons might be in a somewhat similar position this season. Should they do the same as the 1997 Spurs, lose a lot for a chance at a future Hall 0f Fame player?

(Not by getting top players hurt, that would be bad)

Would Detroit Pistons tanking again for Victor Wembanyama be the smart move for the 2022-23 season?

The Pistons will be a very young team this season. As of now, 11 of their 15 roster spots will be filled by players 23-years-old or younger. This is a team looking to the future.

Wouldn’t the team’s future be even brighter if they could land 7-foot-3 Frenchmen Victor Wembanyama?

Supposedly a ‘once-in-a-generation’ talent. Wembanyama could turn a franchise around as quickly as Duncan did with the Spurs. You can see his highlights here.

Sports books, like WynnBet, are not high on the Pistons chances of even making the Play-in tournament as it is. The current over-under is 26.5 wins for Detroit.

If the Pistons are not in contention for the post-season, why not just lose a lot of games, get the kids a ton of playing experience, and give themselves a chance to get Wembanyama?

(Grade: the consensus no. 2 pick, guard Scoot Henderson, is also highly regarded, so he would be a nice consolation prize).

In last year’s standings, the difference between the worst record and the seventh-lowest was 10 games. If you were told the Pistons could land a generational talent, just for losing 10 more games, than maybe they would?

So, should the cry from fans be: ‘No winning for Wembanyama?’