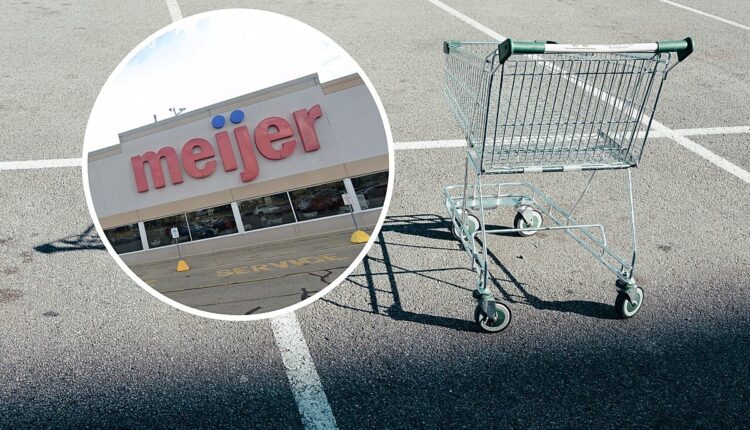 It’s a subject that seems to stir up a lot of debate among those on social media: returning your shopping cart.

For some reason, the subject, at least from what I’ve witnessed, has the potential to enrage those who feel accused of being a bad person for not returning their shopping cart. Those feelings most likely stem from a recent theory dubbed “the Shopping Cart Theory” which is described as a test to determine whether or not a person is capable of self-governing in a situation where there’s no “law” in place to make them do what is “right”. It’s an easy rabbit hole to fall into and you can read more about this theory here.

Regardless of whether or not you personally return your shopping cart after every use, grocery stores generally have employees that will, at different points in the day, head to the parking lot to collect the used shopping carts and bring them back inside. Meijer, for example, has such employees and one of those employees just hit an incredible milestone.

According to the Lansing State Journal, Dave Esch, an employee of a Lansing area Meijer, just returned his one millionth shopping cart.

Wait, how did he keep track of this?

great question After all, this would seem like a mundane task, right? One that most of us, in that position, wouldn’t really bother to track.

Esch, on the other hand, keeps track of his cart count on a spreadsheet that he updates every time he works. In an interview with the Lansing State Journal, he said,

To commemorate this milestone, Esch was surprised with a party outside of his Meijer complete with a sheet cake and a Michigan State hockey jersey (fitting since Esch is said to be a long-time Spartans fan).

Why is This Newsworthy?

It’s inevitable that someone online might say, “Yeah but why is this news?” And to them, I would say, “Why not?”

We are bombarded with constant “bad” or even worrying news every day, which, in most cases, does need to be reported. But, victories and accomplishments, no matter how small, should be reported and celebrated too.

Dave Esch has earned a reputation for being dedicated and incredibly kind to those that cross his path. Read more about his story here and, if you’re in the Lansing area, make sure to give a quick hello should you bump into him during your next shopping trip.

Oh, and return your shopping carts to the designated station. I mean, if this lady can do it, what excuse do we have?

Michigan has so many amazing spots that it’s hard to really pinpoint what the BEST cities are, but we can narrow them down to 10 that perfectly describes everything about our state that is so unique and awesome.