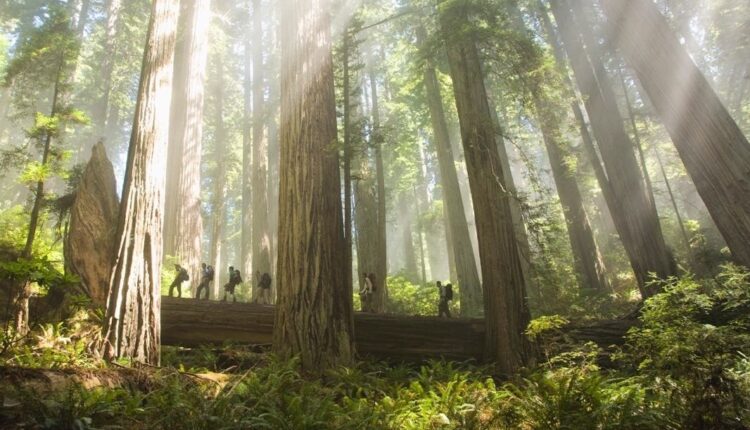 COPEMISH, MI — The Michigan Department of Natural Resources is investigating photos of a large black cat that was seen about 30 miles south of Traverse City, according to a 9&10 News report.

Photographer Dakota Stebbins told the outlet he was hired to take shots of the Drew Kostic Memorial 5K Tough Run at Twisted Trails Off Road Park in Copemish on Saturday when he saw the cat.

Wearing a camouflage poncho, he managed to put himself in a good position to snap the shots of the black cat with a long tail, which can be seen in the series of images posted by 9&10 News.

“It was very low to the ground. I think it was trying to catch a scent. I was just trying to make sure that it was in the clear where it was at. I don’t think it could really pick up the scent at the time,” Stebbins told the outlet.

Although the large cat created a stir, DNR Large Carnivore Specialist Cody Norton told WWJ that the cat is likely a large domestic housecat. He also told the news station officials determined the cat was not a cougar.

“First off, for a cougar or panther – as they are called in Florida and other areas – there’s actually never been a confirmed black cougar anywhere in the world, so the only two cat species that express melanism in their hair pigment are leopards and jaguars ,” Norton said.

Jaguars and leopards are not native to Michigan, as they are found in warmer climates, such as Central and South America. They have also been spotted in parts of the US South as well. Moreover, the bobcat, mountain lion (or cougar) and lynx are the only large cats found in Michigan, according to the DNR.