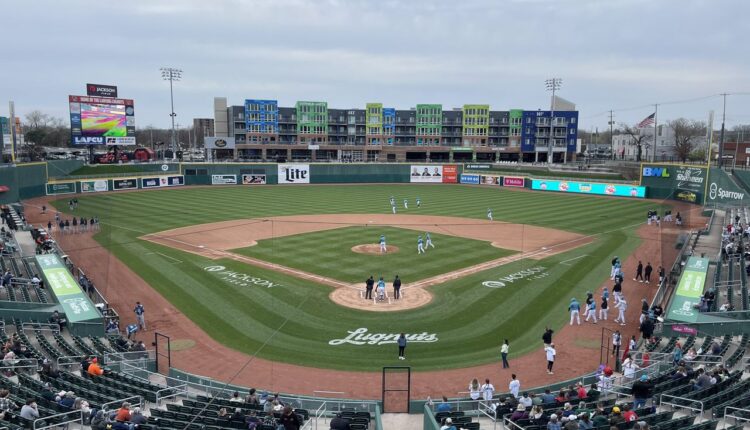 Whitecaps Weekly: ‘Caps offense picks up to take two against the Lansing Lugnuts

The West Michigan Whitecaps were coming off a tough series at home against the Great Lakes Loons, and looked to find their winning touch in enemy territory in a six-game series against their longtime rivals in the Lansing Lugnuts.

OFF ON THE WRONG FOOT

The first game of the series was postponed due to poor weather, putting the two teams in a double-header on Wednesday. The first game of the afternoon saw the Whitecaps’ bats fall cold. Josh Crouch’s first home run of the season in the sixth inning was all West Michigan would get, as the Lugnuts scored seven in the last three innings, taking game one by a score of 7-1.

The ‘Caps got off to a great start in the second game of the afternoon. Wenceel Perez’s fifth homer of the season helped give West Michigan a 2-0 lead. After the Lugnuts came back to tie it, the Whitecaps’ Bryant Packard and Trei Cruz’s back-to-back doubles put them out in front. However, the Lugnuts roared back in the bottom half of the inning, scoring thrice, with a passed ball leading to Euribil Angeles scoring the winning run to give Lansing a 6-5 win.

Colt Keith went 2-4 at the plate in the second game with a run scored, with Chavez Fernandez, who had recently joined the ‘Caps after coming down from Double-A Erie, struck out two batters in two scoreless innings of relief work.

West Michigan and Lansing battled it out in another close one on Thursday night, thanks to a hectic start. The teams combined for eight runs in the second inning, with the Whitecaps scoring five thanks to a couple of hits and a throwing error by Lugnuts’ shortstop Jack Winkler that gave the Caps’ a couple of runs.

However, Lansing was able to tie the game over the next two innings, including a couple of solo homers from Austin Beck. In the bottom of the eighth, the ‘Nuts took the lead after Angeles drove into Brayan Buelvas on a sacrifice fly. The Whitecaps were unable to rally, dropping their third-straight to the Lugnuts by another 6-5 decision.

Despite giving up three earned runs, starting pitcher Ty Madden struck out five in 2.1 innings of work, while Colt Keith was the lone Cap to post a multi-hit performance, going 2-5 in the batter’s box.

In a Ripley’s Believe it or Not, the ‘Caps and Lugnuts battled it out to another 6-5 game on Friday night. The team’s traded runs over the first couple of innings, with Lansing score thrice in the bottom of the first. Yet, West Michigan began to chip away at the lead, as Colt Keith’s second home run of the season in the eighth, along with a Trei Cruz RBI single in the ninth, sent the game into extra innings. However, the Whitecaps’ pitching got intro trouble in the bottom of the 10th, with a pair of walks, and pitch clock violations, led to Jack Winkler coming across home plate to give the Lugnuts the victory.

The ‘Caps bullpen came up huge after giving up early runs on Friday night, including Jordan Marks, who gave up just one run in three innings of work. Keith ended up having a day at the plate, scoring twice while going 3-6. Cruz also had a multi-hit game, going 2-5 with a run scored.

ON THE OTHER SIDE OF THINGS

The Whitecaps were able to snap their four-game losing skid on Saturday night in a wild game against the Lugnuts. Though Lansing built a 4-0 lead by the fourth innings, Corey Joyce got the ‘Caps back into the game with a three-run home run in the fifth inning. West Michigan would take their first lead of the game in the seventh thanks to another three-run inning after an error by the Lugnuts’ Sahid Valenzuela. The teams traded runs the rest of the way, sending the game into extra innings.

Jose King, who had recently joined the team from Double Erie, hit a two-RBI double to give the Whitecaps the lead in the top of the 10th. Bryant Packard and Joyce also drove in runs to give the ‘Caps a four-run lead heading into the bottom of the inning. Lansing tried to rally, scoring three runs. However, Gabriel Sequeira was able to shut the door, striking out Lawrence Butler to give West Michigan a crazy 11-10 win.

Sequeira earned his first win of the season, tossing the final three innings, striking out four lugnuts in the process. Five Whitecaps had multi-hit games, including Joyce, who went 3-5 with four RBIs and a pair of runs scored. 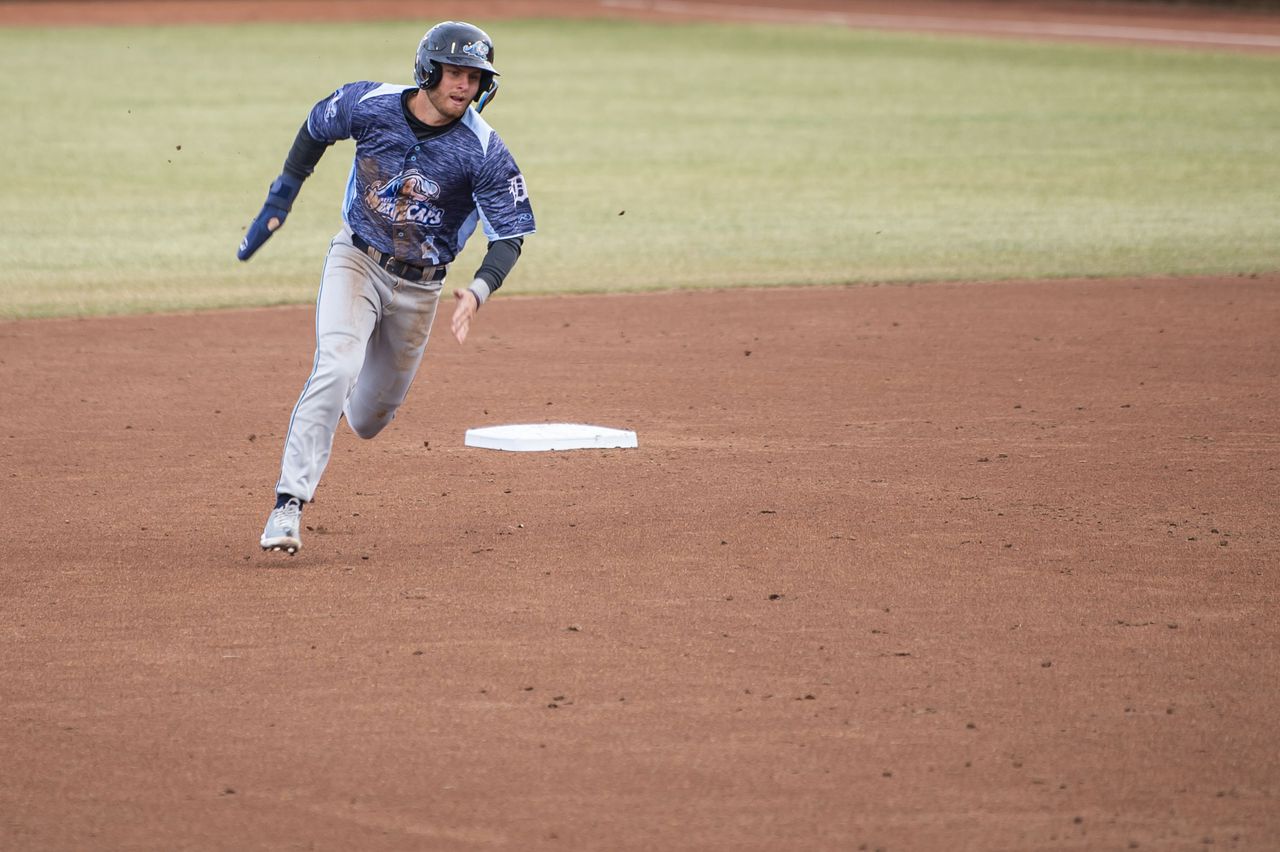 If Saturday night was a chaotic game, the series finale on Mother’s Day was even stranger. King and Chris Meyers’ first homers of the season helped the ‘Caps build a 4-0 lead. Up three in the ninth inning, West Michigan put eight runners across home plate, highlighted by Ulrich Bojarski’s grand slam, sending the team to back-to-back wins for the first time since beat Lansing in consecutive games last month, with a 12- 1 win

Meyers had his best game since getting called up from Low-A Lakeland, going 2-3 with a pair of RBIs and three runs scored. Gio Arriera ended up picking up his second win of the season, not allowing a hit in two shutout innings.

Despite ending the weekend on a high note, the Whitecaps are still last in the Midwest League East with a 10-17 record, and are 3-5 in the month of May. They sit 9.5 games back of the division-leading Dayton Dragons.

CAPS OF THE WEEK

Undoubtedly, the best Whitecap offensively in the past week was Colt Keith. The infielder went 5-11 in the series with Lansing, driving in four runs with four extra base hits.

Jack O’Loughlin had a solid couple of appearances on the mound in the series. He struck out two in four innings of work in the win on Sunday, while allowing a single earned run in two innings of relief work on Wednesday.

West Michigan is now set to face their first West division opponents of the season, as they welcome to the Beloit Sky Carp to LMCU Ballpark for a six-game series this week. Like the ‘Caps, the Sky Carp are last in their division, with their 8-19 record putting them 11 games back of the Cedar Rapids Kernels. They are trying to snap a five-game losing streak, after winning just once in their six-game set with the Great Lakes Loons last week.

West Michigan is 5-7 at their home ballpark, while Beloit is just 3-12 on the road.

You can watch and listen to the Whitecaps all season on MiLB.TV

Check out the Midwest League standings and results here