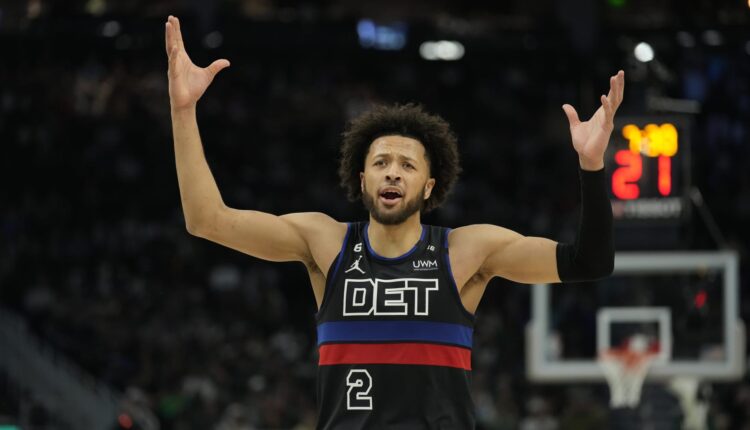 What do the Detroit Pistons do now?

Detroit Pistons star Cade Cunningham has missed five games in a row due to shin soreness. It is now feared that the second year star is out long term as he and the organization weigh options on the best path forward.

Pistons guard Cade Cunningham is feared to have a stress fracture in his shin and is out indefinitely as he considers rest or surgery route that would sideline him for extended period of time, sources tell me and @JLEdwardsIII.

Both Marc Stein and The Athletic reported the unfortunate news for Cade Cunningham and Pistons fans as the team tries to move forward with their restoring process.

How do the Detroit Pistons move forward without Cade Cunningham?

Receiving this news while having a worst league 3-14 record is the last thing that the Pistons needed. However, with a lot of season left to go, those that are healthy and on the floor will have some serious slack to pick up without the face of the franchise beside them.

Over the past five games without Cunningham, rookie Jaden Ivey has been given an opportunity to take charge of the team. With Cunningham out indefinitely, Ivey will be able to continue being the de facto leader which is an invaluable experience he’ll receive during his first season.

While Cunningham and Ivey won’t have each other to build off and develop chemistry alongside one another, Ivey will receive extended time to settle in and figure out the league. The expanded role may help his case in Rookie of the Year conversations later on, too.

Of course, Ivey can’t do it all on his own. Leading scorer Bojan Bogdanovic and third year forward Saddiq Bey will have to help find points for the struggling Detroit Pistons. The recent return of Marvin Bagley III will hopefully help the team’s offense as well.

While the retooled roster was hoping to take a step forward this season, health has been a huge issue. The team has yet to be fully healthy, and it appears that they won’t be for a while. On top of the absence of Cunningham, Isaiah Stewart is also out for some time with a toe injury and Bey will miss time with an ankle sprain. Coach Dwane Casey appeared to want to try a two-big lineup with Stewart alongside Bagley, however shortly after Bagley returned, Stewart was sidelined.

The Pistons season is trending toward having to play whoever is available on a given night, and hoping to give their young players as much run as they can.

Without Cunningham as an anchor, Detroit’s identity on the floor is an unknown. Night in and night out, you have to hope that someone finds a groove that Casey can then run the offense through.

When Cunningham is on the floor, he is clearly the focal point of the opponent’s defense, often times drawing multiple defenders. Without him causing this much attention, available Pistons may have a more difficult time finding decent scoring opportunities, and having to find new ways to create.

The seriousness of Cunningham’s shin injury is less than ideal for the pistons progression. Hopefully, while he heals, others can make leaps to help take some pressure off of Cunningham once he’s able to return.

Half of incoming Michigan GOP lawmakers are election deniers ⋆