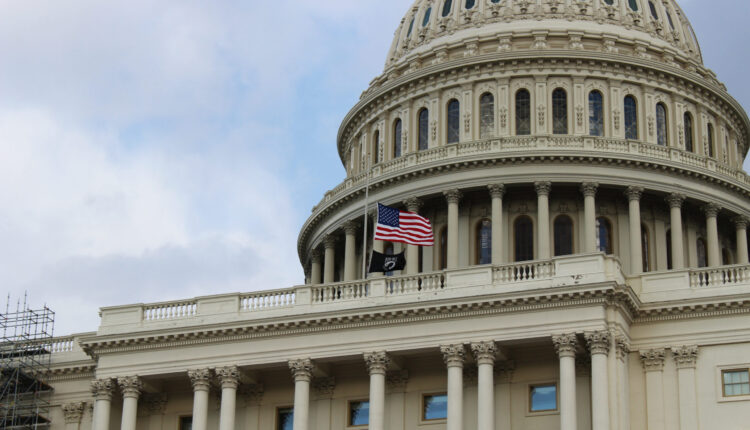 The U.S. House is expected to vote this week on the bill, which would provide funding to the U.S. Food and Drug Administration to bolster its ability to relieve the shortage and prevent future problems.

“This legislation gets needed resources into the field to ensure that the existing baby formula supply is safe and back on supermarket shelves,” Georgia Democratic Rep. Sanford Bishop said in a statement announcing the legislation.

Bishop, who is in charge of the House Appropriations subcommittee that funds the FDA, said he’s “eager” to hear from FDA Commissioner Robert M. Califf during a committee hearing scheduled for Thursday.

The infant formula shortage began in mid-February after Abbott Laboratories issued a recall and closed its Sturgis, Michigan, plant after several infants became sick and at least two died.

That closure led to a severe shortage of infant formula nationwide as other plants throughout the country were unable to keep up with demand and consumers began searching multiple stores for safe formula.

The Biden administration announced last week that it would “cut red tape,” allow imports of formula and expand the types of formula available to participants in the federal Women, Infants and Children nutrition program.

The U.S. Justice Department announced Monday that the Sturgis plant would be allowed to reopen as long as Abbott takes several steps to increase safety and comply with federal laws.

As part of the agreement, the Justice Department filed a complaint in federal court in the Western District of Michigan that alleges Abbott “manufactured powdered infant formula under conditions and using practices that failed to comply with regulations designed to ensure the quality and safety of infant formula, including protection against the risk of contamination from bacteria such as Cronobacter sakazakii.”

Under the consent decree with the federal government that would allow Abbott to restart manufacturing at its plant, the company will need to bring in “outside expert assistance” to ensure the factory complies with federal law and good manufacturing practice regulations.

Califf said in a statement the FDA “will do everything possible to continue ensuring that infant and other specialty formulas produced by the company meet the FDA’s safety and quality standards.”

Califf is expected to face tough questions from U.S. lawmakers during the Thursday hearing, including about a whistleblower report from an employee at the factory that alleges Abbott officials at the facility falsified records, released untested infant formula and hid information during a 2019 FDA audit.

Connecticut Rep. Rosa DeLauro, chair of the U.S. House Appropriations Committee, which approves all federal government spending, said Tuesday that Congress has “more work to do to get to the bottom of serious safety concerns at an Abbott facility and the FDA’s failure to address them with any sense of urgency.”

The legislation Bishop and DeLauro announced requires the FDA to send U.S. House and Senate appropriators a weekly report on how much of the money it’s spent.