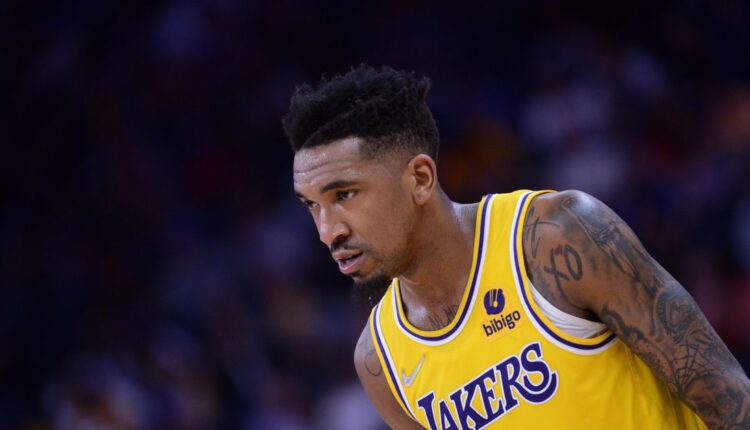 The Detroit Pistons added plenty of athleticism in the NBA Draft to Jaden Ivey and Jalen Duren. The one thing they didn’t add is shooting, and it’s a definite need of the Detroit Pistons after finishing last season 29th in 3-point percentage.

Malik Monk, 3-point specialist most recently of the Los Angeles Lakers, could be a Detroit Pistons target, according to a recent media report.

The Pistons — loaded with the NBA’s most cap space entering free agency, are expected to pursue Lakers guard Malik Monk, per league source.

Your tolerance for these types of rumors days ahead of free agency may vary, but Detroit will need to find 3-point shooting somewhere and Monk at least makes sense as someone who has shot 40% from 3 the past two seasons on high volume.

He’s also a player who pretty much only slots as a shooting guard, and those backcourt minutes could be in short supply considering the roster already is committed to Cade Cunningham, Ivey, and has Corey Joseph and Killian Hayes under contract.

Two players who were featured a lot at the shooting guard spot last season have team options to return, and one is likely to see that option picked up and another have their option declined.

Hamidou Diallo is likely to return while the team will apparently move on from Frank Jackson Jr., according to James Edwards III and Will Guillory at The Athletic.

The Pistons enter free agency with a projected $30 million-plus in cap space with question marks on a buyout figure for the recently acquired Kemba Walker and the team’s decision on whether or not to bring back Marvin Bagley III.

Detroit could use that space on signings like Monk or other 3-point shooters or look to add shooting via trades. But this team will definitely need to add more shooters.