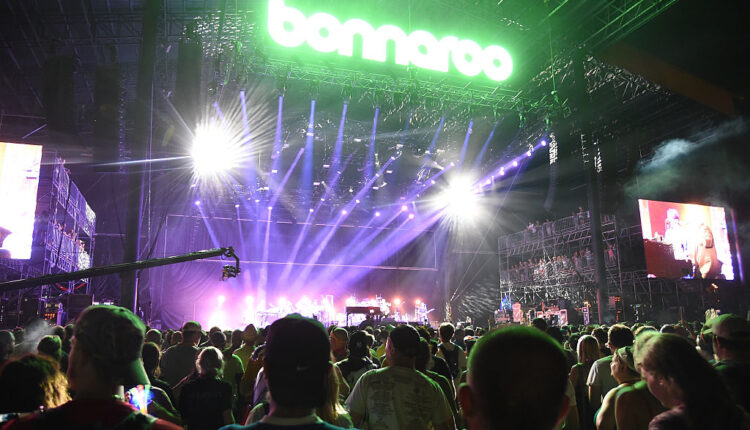 Musicians across the nation are rallying behind a new resolution from U.S. Rep. Rashida Tlaib (D-Detroit) calling for a new royalty program for online streaming services like Spotify.

The resolution, House Concurrent Resolution 102, recognizes the need for a new royalty program that would supply artists with a fairer payment every time their music is streamed online.

“When streaming represents now 83% of all recorded music in our country, I think it’s about time that Congress acts to protect these artists,” Tlaib told the Advance in an interview this week.

As streaming services continue to profit off the backs of artists, the goal of this resolution and an upcoming bill is to make sure artists are also getting a fair share, Tlaib said.

U.S. Rep. Rashida Tlaib (D-Detroit) speaks at a 2021 roundtable for the Union of Musicians and Allied Workers’ Justice at Spotify campaign. | Screenshot

According to a statement from Tlaib’s office, streaming service Spotify paid rights holders an average of $0.0030 per stream. At these rates it would take rights holders more than 800,000 streams a month to equal the wages of a full-time worker making $15 an hour.

According to the U.N. World’s Intellectual Property Organization, streaming rates are declining every year.

Artists have been demanding a fairer royalty program for years, with the Union of Musicians and Allied Workers launching its Justice at Spotify campaign in 2020. The effort called for Spotify to deliver increased royalty payments as COVID-19 pandemic placed the live music economy in jeopardy, and received support from more than 28,000 industry members, including Beabadoobee, Girl in Red and Le Tigre’s Johanna Fateman.

After union members in Detroit contacted Tlaib regarding its campaign and royalty efforts, she began working with the union to assemble the resolution. The resolution was also co-sponsored by U.S. Rep. Jamaal Bowman (D-N.Y.).

“This is people’s livelihood. This is their careers, their life is dependent upon them being able to continue their art… now they’re really getting, in many ways, scammed by the streaming platforms,” Tlaib said.

Damon Krukowski, a member and organizer with the union and part of the duo Damon & Naomi, said Tlaib’s resolution acts as a statement of purpose for the bill currently being drafted. The goal is to generate conversation and buy in from parties involved, Krukowski said.

“We are not coming from inside D.C. We’re not professional lobbyists. We’re not lawyers, we’re musicians,” Krukowski said. “We’re going up against some of the biggest corporations in the world, quite literally — Apple; Google; Amazon.” Tlaib said the resolution is an important first step in informing her congressional colleagues about the effort to introduce a new streaming royalty.

“A year ago, I was hearing about it for the first time. I had no idea. And I know if I didn’t know, many of my colleagues didn’t know,” Tlaib said.

Copyright law has a history of being slow to evolve, said Chris Newberg, an entertainment attorney in Grand Rapids and a board member for the Michigan Music Alliance. When these laws change, they do more to address infringement rather than addressing fairness in royalties, he said.

While the Music Modernization Act, or Public Law No: 115-264, provided more of a framework for helping artists to realize their royalties, the framework that’s in place still gives streaming companies control over how much money they pay out for royalties, Newberg said.

According to a report from Spotify, the company paid out $7 billion in royalties in 2021. The company pays out royalties based on an artist’s share of overall streams across the platform, a practice called “streamshare” which Spotify says is used by every other major streaming platform. It does not pay royalties on a per-stream rate.

“It’s not that artists aren’t getting paid. It’s not like there’s not some reward system there. It’s just not good enough, because the streaming services are keeping too much profit,” Newberg said.

“The rights-holders usually means a record label. Musicians, some are signed to record labels, some are not. But the bottom line is that as a musician, as just a working recording musician, you are owed nothing by streaming,” Krukowski said.

“What we’re saying in the bill is we need a new royalty that is directed straight to musicians because we’ve been cut out of the system,” Krukowski said.

Changes in the industry have allowed artists to distribute their music independently without labels or managers taking a cut. However, when an artist directly distributes their own music and is upset by the low numbers on their royalty statements, then that becomes a conversation between more people, Newberg said.

When streaming represents now 83% of all recorded music in our country, I think it’s about time that Congress acts to protect these artists.

“I think that there are still plenty of people out there making a fine living off of their streaming income, but you’ve got to have songs that people listen to a whole lot,” Newberg said.

When it comes to reform, having a set rate, per-stream royalty would be beneficial, Newberg said.

While this increased royalty would remove the variability between streaming companies and keep platforms from avoiding paying more royalties, it could come at the cost of more ads or a higher cost for streaming, Newberg said.

“If you’re going to make it more expensive for Spotify, you know, in our country, being a capitalist society they have every right to raise their prices, and they most likely will,” Newberg said.

Although laws are evolving in ways that are more beneficial to musicians, they haven’t quite caught up yet, Newberg said. Now that platforms like Spotify are no longer in development it’s possible there could be an equilibrium between streaming profits and artist payments, but there’s always going to be a tug-of-war, he said.

“That’s just one of the realities of being a musician, you know,” Newberg said. There’s always going to be someone trying to stick their hand in your pocket.”