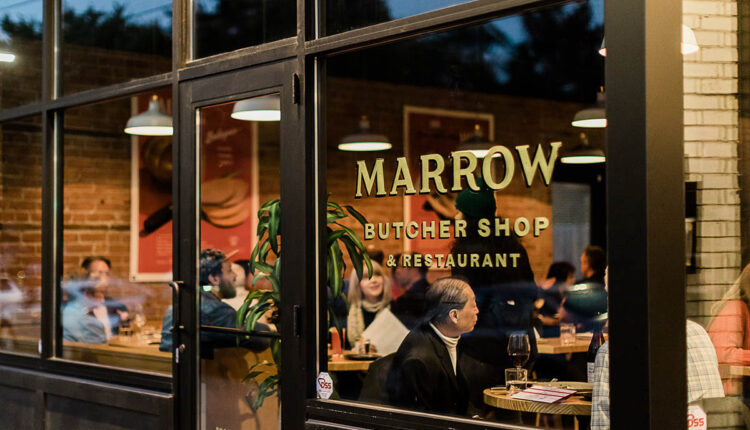 Marrow gets $80K grant to expand into Eastern Market

Marrow, a James Beard Award nominated restaurant and butcher shop in West Village, is getting a boost to expand from a state program that seeks to increase funding in Michigan’s food and agriculture sector.

On Wednesday, the state of Michigan announced 15 projects, including Marrow, approved for grant funding from its Food and Agriculture Investment Program.

Marrow will receive $80,000 from the program to expand into Eastern Market with a meat processing facility, retail shop, and restaurant. It will be housed in a 14,000-square-foot building in Eastern Market that the company will rehabilitate. Marrow is contributing more than $3 million of its own funding to the new location, which is expected to open in 2023.

“The [Eastern] Market has such a rich legacy of meat processing, food production, supporting local vendors, so when there was an opportunity to expand in the market, me and my business, jumped on it,” Ping Ho, founder of Marrow, told BridgeDetroit. “Our vision is to build a USDA-inspected facility for raw cuts as well as value-added new products all sourced from primarily Michigan-based farms that practice good farming practices,” she said.

In all of its operations, Ho said, Marrow’s mission is to educate consumers about their food and sustainably sourced meat.

“With this new facility in Eastern Market, we will be inspected by the USDA and have a license to be able to process at scale as well as distribute more broadly,” Ho added.

The plan is to sell direct-to-consumer to the thousands of people that frequent Eastern Market each week, as well as selling wholesale to grocery stores and restaurants. And, the new facility will create an estimated 20 local jobs in its first three years of operation, Ho said.

The 20 jobs are a part of the 295 total jobs that funding from the Food and Agriculture Investment Program is expected to create in 2022, as well as $154 million investment in the state’s economy. The program, which aims to double the amount of funding available in the food and agriculture sector, has committed $1.43 million for 2022.

“I’m thrilled we are increasing our financial support for food and ag businesses across our state while increasing access to good-paying jobs for Michiganders,” Gary McDowell, director of the Michigan Department of Agriculture and Rural Development, said in a news release. “This further demonstrates why Michigan is and will continue to be an agriculture powerhouse.”

Michigan has the second most diverse agriculture sector in the country, after California. The sector contributes approximately $104 billion to the state’s economy each year, and makes up 17% of the state’s workforce.

Recipients are chosen based on performance, and the money is awarded after the company’s proposed investment projects are successfully completed. Small, medium, and large agricultural and food processing companies are eligible.

In Detroit, the Food and Agriculture Investment Program previously awarded  Avalon International Breads $80,000 in 2019 and VernDale Products $100,000 in 2018. A full, interactive map of the businesses across the state awarded money through the program can be found here.

“It was so encouraging to receive that grant from MDARD,” said Ho, adding it will help cover the cost of equipment and the overall budget for the facility.

By rehabilitating an old building in Eastern Market, putting production in Detroit, and working with local farmers, Ho said the project is “something new, and something we’re really excited to be a part of – this movement of urban production connecting consumers to the source of that food.

“We believe that it helps to advance what we see as the ethical sustainable meat movement in Michigan and the region, and we plan to really set standards that will improve the overall quality of the meat supply chain,” she said.

authored by
First published at https%3A%2F%2Fwww.bridgedetroit.com%2Fmarrow-gets-80k-grant-to-expand-into-eastern-market%2F