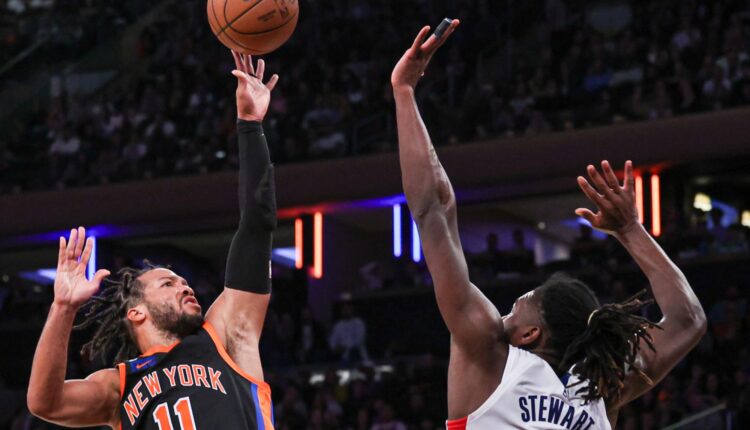 The Detroit Pistons’ defensive stats without Isaiah Stewart will surprise you

The Detroit Pistons got some good news yesterday as center/forward Isaiah Stewart was assigned to the G-League, which hopefully means his return is getting close.

The Pistons have been shorthanded without Cade Cunningham, Saddiq Bey or Beef Stew in recent games, but surprisingly they have actually played better, winning two in a row on the road and scoring a ton of points over their last three games.

Yesterday, I took a look at some of the surprising statistics the Pistons have logged without Cade Cunningham, and today we’ll take a look at Isaiah Stewart, who has been out for five games.

Stewart was the defensive anchor for the Pistons this season, and was putting up career-high numbers in scoring and rebounds. He was also starting to get it going from behind the arc, as he was shooting over 40 percent from long range over his last 10 games before getting hurt.

The defense wasn’t very good with Stewart in the lineup and many thought the Detroit Pistons would collapse even more without him in there, but so far that has not been the case, which is a great sign for Detroit.

The Pistons’ offense has been much better without Stewart, as they are averaging around seven points per game more without him in the lineup.

The defense has also improved, although marginally, as the Pistons have given up about a half a point less on average without Beef Stew.

Most of the offensive improvement has nothing to do with him, as the Pistons got Alec Burks back in that time and his presence, along with a sudden surge from Kevin Knox, has boosted the bench and given Detroit more offensive weapons.

Marvin Bagley III and Jalen Duren have also stepped up in recent games, which is why the Detroit Pistons didn’t completely fall apart without their best defender.

These numbers should give Pistons’ fans some hope, as some of their role players are starting to play well, which should make for a stronger roster once Stewart, Bey and hopefully Cunningham eventually return.

The Pistons probably aren’t as bad as their record would indicate, and there are signs that they could start rolling once they are at full strength, if that ever happens this season.