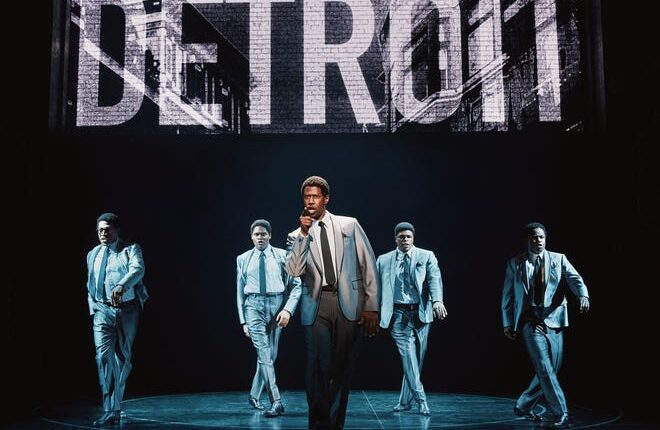 It’s been more than three years since “Ain’t Too Proud,” the Tony Award-winning musical about Detroit’s own Temptations, made its Broadway debut and Otis Williams, the group’s sole surviving founding member, still gets emotional every time he sees it.

“I can’t believe that my life story is on Broadway, traveling around the country and soon to be going to England sometime next year,” said Williams, 80. “I never would’ve imagined that all this would be happening.”

It is happening and now it’s finally happening where it all began: Detroit. After a long COVID pause, “Ain’t Too Proud,” which was originally supposed to open in Motown in summer 2020, will make its Detroit debut Tuesday at the Detroit Opera House, kicking off a nearly three-week run. And Williams will be there to see it.

“I’m extremely happy. It’s long overdue. I’m coming opening night,” he said. “I will be with Juwan Jackson, who is in the group now, and portrayed Melvin in the play, and my wonderful road manager, Derrick Porter.”

The hip-shaking musical, which closed on Broadway earlier this year but continues to play for audiences with a national touring production, follows the Temptations’ incredible rise from the streets of Detroit to Rock ‘n Roll Hall of Fame inductees. The story is set to the group’s biggest hits, including “My Girl,” “Just My Imagination,” “Get Ready,” and “Papa Was a Rolling Stone.”

For Williams, who describes himself as a “country boy” from Texas, though he grew up in Detroit, it’s still a path he never could’ve fathomed.

“I’m a little country boy from Texarkana, Texas, walking up and down a gravel road, throwing rocks, eating hotwater cornbread,” he said. “And now in Los Angeles, living the way I’m living, and to see my life story traveling around the country, and hopefully the world, I never, ever would’ve imagined.”

Detroit, of course, figures prominently into “Ain’t Too Proud,” which won a Tony Award in 2019 for best choreography. Formed in Detroit in 1960, the group began as a merger between two groups, the Primes and the Distants and adopted the name, the Elgins, according to the Detroit Historical Society. In 1961, Berry Gordy signed them to the Motown’s subsidiary Miracle label and changed their name to the Temptations.

Despite their incredible success, “Ain’t Too Proud,” written by Detroit-born playwright Dominique Morriseau, doesn’t shy away for the Temptations’ challenges either, including the death of Williams’ son in 1983, or the turbulent 1960s in which their careers took off.

“You can’t just tell about all happy times,” said Williams. “You gotta tell about the times that are rough to get through and how you’ve been able to get through… If you’re going to tell a story, you have to tell it in its real complete form. It’s not always happy, happy, happy.”

Performing in the racially and politically divisive 1960s, Williams recalls being called racial slurred words and denied service because of the color of his skin.

“And getting shot at, but here I am to tell this: There will never, ever be a recording company like Motown,” he said. “That music that Motown released is still being loved and enjoyed the world over.”

Some predicted the group wouldn’t survive the dead of former lead singer, David Ruffin, who died of a drug overdose in 1991.

“But we got bigger,” said Williams. “We started selling more records.

For Morisseau, the challenge was telling the Temptations’ story without getting in the way of the music. The Cass Technical High School graduate who was recently nominated for a Tony for her play about an auto parts plan, “Skeleton Crew,” had never written the book for a musical before.

“The story that you’re writing, while it’s the glue that holds everything together, if you do it well, it should be the thing you notice the least,” Morisseau said. “It’s the music, dancing and singing. The story will hit you, and will impact you, but you won’t necessarily know if it was the way they sang a song or if it was the way it was told in the story or if it’s all of the above. It’s all of the above.”

And she admits it was intimate to tackle such an iconic Detroit story, said Morisseau.

“And Otis Williams is alive and it’s his story I’m telling. The most intimate thing was to make sure his story was told correctly and accurately, and that the heart of who he is was conveyed,” said Morisseau.

Morisseau hopes audiences will not only have a great time seeing “Ain’t Too Proud” but also see the human side of being “icon.”

“It costs them to get to where they are,” she said. “You never get anywhere without paying some sort of toll and you have to decide what kind of toll you’re willing to pay. Understand that when you love someone and you love their artistry and their music, what they went through to make sure you were able to receive that. Hopefully it creates a new appreciation for them.”

Williams, meanwhile, credits his faith in large part for his continued longevity. He’s still performing with The Temptations to this day. They performed in Grand Rapids in late June as part of their latest tour.

Just last December, Williams was the executive producer of the Temptations’ new album, “Temptations 60.” Williams’ old Motown pal, Smokey Robinson, wrote, produced and is featured in the track, “Is It Gonna Be Yes Or No.”

Still doing what he loves, it’s a wonderful thing, said Williams, and still “a wonderful ride.”

“It touches so many emotions, souls and spirits with what we do,” he said. “I’m just happy I get to do that.”

The Life and Times of The Temptations

Tuesday through Aug. 28 at the Detroit Opera House.

No Black Democrats survived races for Congress: What it means for Detroit

Lansing enters era of being ‘just about accessible’