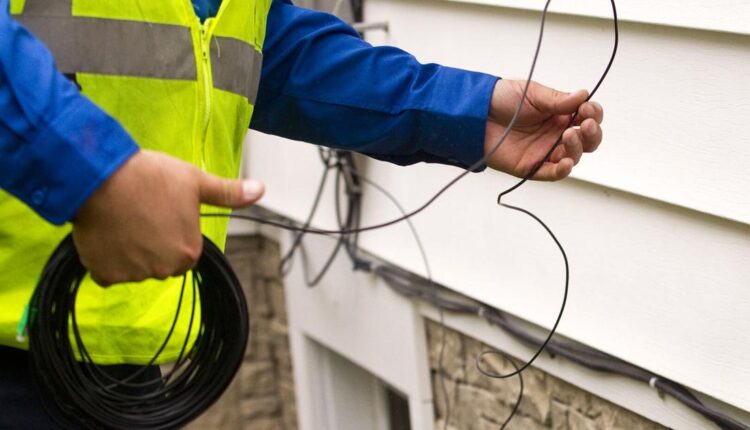 TRAVERSE CITY — Millions from a federal loan will expand a fiber optic network in Traverse City to create both a smart grid and a high-speed internet system.

Traverse City Light & Power board members unanimously agreed Tuesday to accept a $14,699,000 loan from the US Department of Agriculture. It will expand a network of city-owned utility already started building in the downtown and nearby residential neighborhoods.

Scott Menhart, the utility’s chief information technology officer, said that will bring high-speed internet past the doors of around 7,900 more TCL&P customers.

It also would bring the benefits of a smart grid, including real-time monitoring of power use and outages, as previously reported. Participating customers could get cheaper rates if they let the utility remotely throttle their air conditioning when power is the costliest.

Board Chairman Paul Heiberger said he was thankful to utility staff and the city for making the project happen.

“This is a great and amazing step forward for an incredible piece of infrastructure that we’re adding,” he said.

Work could start some time after the utility finalizes its funding paperwork and other documentation, which could take around six months, Menhart said. Then the utility would order material that has been delayed because of supply chain issues.

Two factors will push the cost higher, one being a 25 percent cost hike over what Fujitsu Network Communications originally said the second phase of the network’s build-out would cost, said Karla Myers-Beman, the utility’s interim executive director — Menhart later said rising Labor and materials prices are to blame.

Another is the cost of installing the last link from the network to a customer’s home or business, known as drop costs. Myers-Beman said those aren’t eligible for USDA loan funds, so the utility will have to borrow another $3.2 million.

City Manager Marty Colburn said the city could loan back some of the $800,000 in economic development funds it loaned to the utility before to provide some of those funds.

Paying back the loan won’t require the utility to raise its electric rates for now, Myers-Beman said. She added the utility will conduct a rate study in a few years.

The fiber optic network’s finances will soon be accounted for through the utility’s electric fund, Myers-Beman said. While she noted the loan payback will dip into the fund’s cash reserves, the projections she provided to board members didn’t account for fiber internet profits being paid back into the electric fund through a lease.

Expanding an existing “dark fiber” network the utility — which TCL&P used for its substation communications and leased some bandwidth to other users — first arose as an idea in 2016, as previously reported. TCL&P already built the network past roughly 3,200 customers and has 640 active customers, with 56 more in the works, documents show.

Menhart told board members he expects more commercial users to sign up as employees return to the office following two years of pandemic-related shutdowns and remote work situations. There are currently 84 commercial clients, with eight more set to join the ranks.

Utility board members also unanimously agreed to an interconnectivity agreement with Heritage Sustainable Energy. The renewable power developer wants to add another two-megawatt solar array near M-72 and Bugai Road, to an array it already expanded once before.

That’ll require replacing all the conductors on a transmission line linking the array with the rest of TCL&P’s grid, said Tony Chartrand, the utility’s systems engineer. It’ll cost around $200,000, of which the utility will pay around 23 percent.

Chartrand said that’s because the upgraded line will allow the utility to serve future residential development along M-72 for some time. So it’s a project the utility needed to do anyway, at least in part.