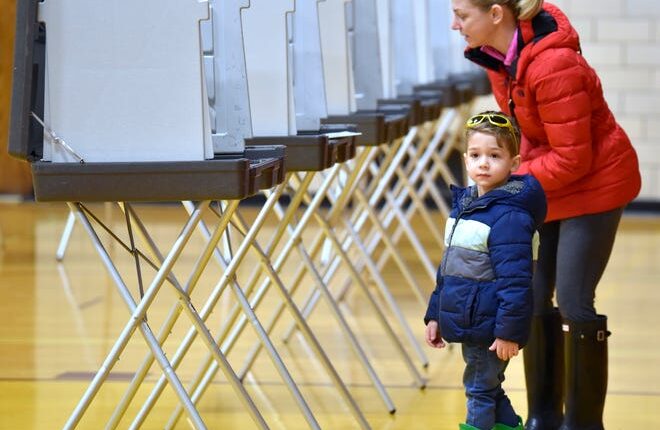 Suburbs will choose who represents Detroit

The next representative from Detroit’s largest congressional district will likely be picked by suburban voters.

Nine Democrats, all Detroiters and all but one African American, are seeking the Democratic nomination in the newly drawn 13th Congressional District. Nearly all are well-known and each enjoys a solid constituent base within the city limits.

But none has much reach into the district’s suburban communities, including the Grosse Pointes and downriver, where roughly a third of the Democratic primary voters live. Whoever wins the suburbs will have the best hope of capturing the seat left vacant by Rep. Rashida Tlaib’s jump to the neighboring 12th District.

“This race will be decided by suburban voters because the suburbs have a higher primary turnout than Detroit,” says Democratic political strategist Mario Morrow. “That’s where these candidates should be focusing.”

State Sen. Adam Hollier believes that and is targeting his campaign toward winning the battle for the suburbs.

“You look at the race four years ago — that’s where Rashida won,” he says, referencing Tlaib’s first win in 2018. “Detroit was split among Detroiters.

“It’s the same this time. We all have our constituencies. Who is going to get the new voters who have been added to the district? Downriver folks are unaccustomed to voting for anyone not named Dingell.”

Daniel Cherrin, a campaign consultant, says candidates with a strong history in Detroit must devote more resources to building their name ID in the suburbs.

“They’ve got to spend more time than they might have planned introducing themselves to those voters,” he says.

That’s what Portia Roberson is doing. The head of Focus: HOPE has built her campaign on appealing to women and says spending lots of time in the Grosse Pointes and downriver is essential.

“They will have an enormous impact on the race,” she says. “But they’re not that different than Detroit voters in their issues. You can reach them with the same message.”

A similar dynamic may come into play in Detroit’s other congressional district, the 12th, which includes an even greater percentage of suburban voters, many of whom have not been lumped into a district with Detroit before and are not aligned with Tlaib’s hard left politics.

“Southfield, Bingham Farms, Franklin, Livonia — they have a high density of primary voters,” says former state Rep. Shanelle Jackson, one of three Democrats challenging Tlaib. “They are moderate Democrats who are super tired of liberals.

“And they’re the ones that will decide who wins.”

None are particularly familiar to suburban voters, says pollster Steve Mitchell, and only one candidate, Thanedar — a state representative who has committed $5 million of his personal fortune to the campaign — has the resources to buy name recognition in a hurry.

“My money is always on the candidate with the money,” Mitchell says.

Sign up for the Nolan Out Loud morning report at detroitnews.com/newsletters.

Watch Finley on DPTV’s “One Detroit” at 7:30 pm Thursdays.