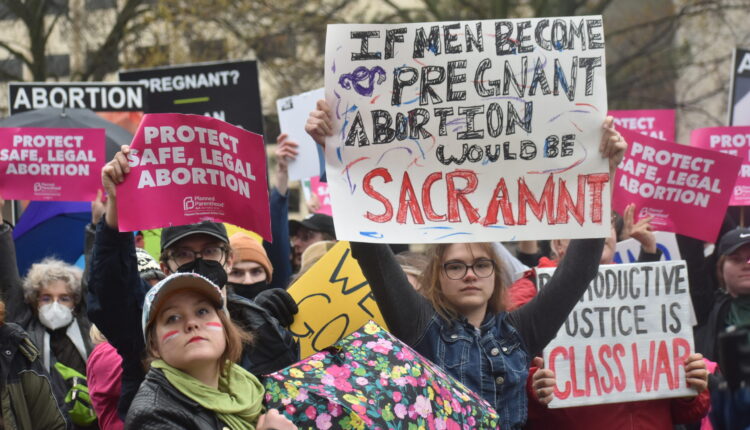 Ruling on Michigan abortion ban is of ‘paramount importance’ ⋆

Whitmer filed her lawsuit in April and used her executive message power to ask the state’s highest court to take on this case and do so swiftly.

Last week, the Michigan Supreme Court granted a motion for immediate consideration of Whitmer’s lawsuit, but justices had some questions.

The biggest one being: does the Court of Claims’ grant of a preliminary injunction in Planned Parenthood v Attorney General resolve any need for this Court to direct the Oakland Circuit Court to certify the questions posed for immediate determination?

On the same day Whitmer filed her lawsuit against the county prosecutors for the 13 Michigan counties that have abortion clinics, Planned Parenthood filed a lawsuit against Attorney General Dana Nessel to block enforcement of the state’s 1931 felony abortion ban.

Earlier this month, Court of Claims Judge Elizabeth Gleicher granted a preliminary injunction in that suit, which temporarily blocks enforcement of the 1931 law while the case is ongoing.

“Given the paramount importance of clarifying the right to abortion under state law as Michigan women and their healthcare providers plan for the U.S. Supreme Court’s forthcoming decision in Dobbs, a single trial court order is insufficient to dispense with the need for this Court’s conclusive determination as to the scope of the right, and as to the validity of the criminal abortion statute, under the Michigan Constitution,” Whitmer’s legal team said in the brief.

The U.S. Supreme Court is deciding on a Mississippi law banning abortions after 15 weeks in Dobbs v. Jackson Women’s Health Organization. That decision could result in the court, which is considered to have the most right-wing tilt in decades, overturning the 1971 landmark decision in Roe v. Wade.

After a draft decision from SCOTUS was leaked earlier this month that showed their intention to overturn Roe, the future of abortion access as a constitutional right appears bleak. The ruling will come before the court’s recess in June. Protest over abortion rights at the U.S. Supreme Court, May 3, 2022 | Jane Norman/States Newsroom

The state Supreme Court also asked the governor if her lawsuit should be answered before SCOTUS issues its own decision, and would a decision in that case serve as binding or persuasive authority to this lawsuit?

Whitmer’s answer: yes and no.

“As a result, the extent to which Michigan’s criminal abortion statute is currently enforceable is unclear,” Whitmer’s legal team wrote. “Whatever the U.S. Supreme Court does or does not do in Dobbs, Michiganders deserve to know their rights and the  scope of those rights, especially when criminal liability is at issue.”