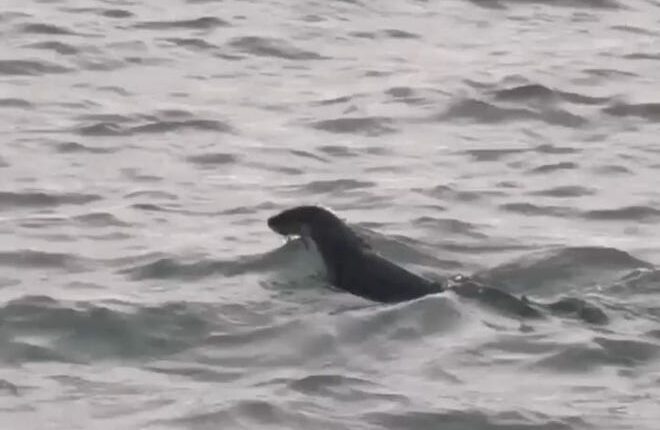 River otter a sign for your Belle Isle swim

On this episode: A stroll along the Canadian side of the Detroit River on April 25 turned into a run for University of Windsor PhD student Eric Ste-Marie when he spotted something brown and fuzzy in the water.

Ste-Marie is the first to knowingly spot Detroit’s new neighbor—an otter, the likes of which aren’t believed to have been recorded in the area in about a century.

In the latest episode of the “On The Line” podcast, Ste-Marie recounts the sighting for host Cary Junior II. Junior also speaks to John Hartig, a member of the board of directors for the Detroit Riverfront Conservancy, about the long history of the otter and its return. Together, the two also look to the future and what the otter sighting means for human swimmers at Belle Isle.

Michigan Department of Natural Resources Chief of Southern Field Operations Scott Pratt also stops by to discuss the health of the water in light of the billions of gallons of sewage dumped into the river during Detroit’s 2021 floods.

“On The Line” is available on Apple Podcasts, Spotify, Stitcher and Google Podcasts.

I’ve been watching Belle Isle’s bald eagles for months: Here’s what I saw

Bridge work on Interstate 196 coming to Grand Rapids this fall