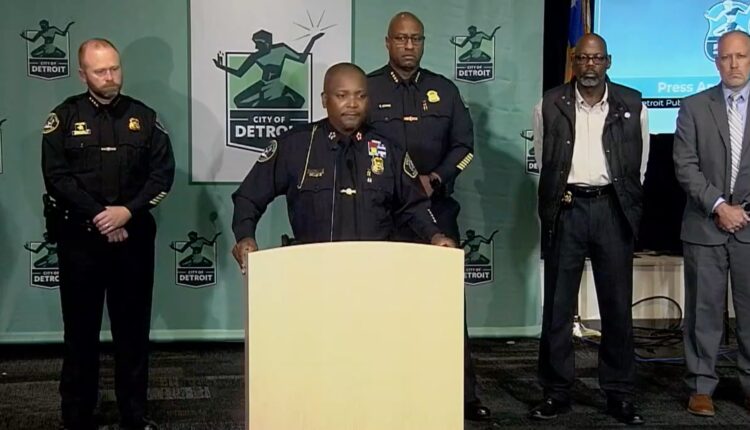 Detroit police officers involved in the fatal shooting of a man going through a mental health crisis in October will not be charged.

Wayne County Prosecutor Kym Worthy announced the decision Wednesday in the Oct. 2 death of 20-year-old Porter Burks of Detroit, concluding that the officers acted in self-defense and in defense of others.

Worthy, in a statement, called Burks’ death “truly tragic,” noting that the officers involved spent a “significant amount of time” trying to get Burks, who had been diagnosed with schizophrenia, to drop a knife he was wielding. After reviewing the information, Worthy said, she concluded that the officers acted in self-defense when they fatally shot Burks.

“(Burks) suddenly ran at them with the knife and covered the distance between them in approximately three seconds,” Worthy said in the Wednesday statement. “Eyewitnesses to the shooting were interviewed and indicated that the police did all that they could to de-escalate the situation before Mr. Burks charged at the police. Unfortunately, Mr. Burks was fatally shot by the officers in self-defense and defense of others.”

The five Detroit officers involved fired a total of 38 shots, Burks was struck 19 times. He was hit in multiple places including the top of his head as well as in the chest, abdomen, arms, and legs, according to the Wayne County Medical Examiner’s Office. There was no evidence of close-range firing, Worthy said.

The officers had been placed on leave pending the investigation. Their names were not publicly released.

Police Chief James White called Burks’ death a “tragic event” in a statement and said that the situation shows the need for additional resources for those suffering from mental illness.

Burks’ death is one of two since October as Detroit police have been dealing with an uptick in mental health crisis calls this fall. Earlier this month, two officers and one supervisor were suspended in connection with a separate fatal shooting involving an armed woman who’d been experiencing a mental health episode.

White has vowed to roll out a plan to help Detroit officers better cope with mental health emergency calls.

The chief credited Worthy for giving the case an “objective review,” and said that her opinion confirms that the officers were justified in their actions. White continued his statement by saying expanding the city’s mental health response and increasing crisis stabilization services is a priority for the department and Mayor Mike Dugan’s administration.

“We will continue to work with city departments and our community partners in this endeavor,” he said.

White has noted Burks, who had a history of violence and mental health issues, was “in crisis” and armed with the knife in the middle of the street when officers arrived.

White during a news conference after the fatal shooting said that officers trained in crisis intervention and conflict de-escalation strategies pleaded with Burks to drop the knife for four minutes, but he ultimately charged police “without provocation,” prompting officers to shoot him, the chief said at the time, sharing his condolences for the Burks family.

“This is not what we wanted,” White said then. “The officers had to stop the threat.”

Ricardo Moore, who represents District 7 on Detroit’s Board of Police Commissioners, said the circumstances are tragic for Burks’ family and for the community, but he agrees with Worthy’s decision.

“…officers did follow the use of force continuum,” Moore told BridgeDetroit. The department’s Use of Force Continuum ranges from inactive resistance up to deadly force.

Moore said he believes the officers did their best to de-escalate the situation before firing shots.

“I saw the video just like everyone else did, and it’s unfortunate that the man died, but the officers had to protect themselves and the other people around,” he said.

Commissioner Willie Burton, who represents the city’s District 5, said in a statement that he grieves for Burks and his family.

“People with mental health challenges are our friends, neighbors, and family,” Burton said, “and we must make sure that their rights and lives are protected.”

authored by
First published at https%3A%2F%2Fwww.bridgedetroit.com%2Fprosecutor-wont-charge-detroit-officers-in-porter-burks-shooting-death%2F