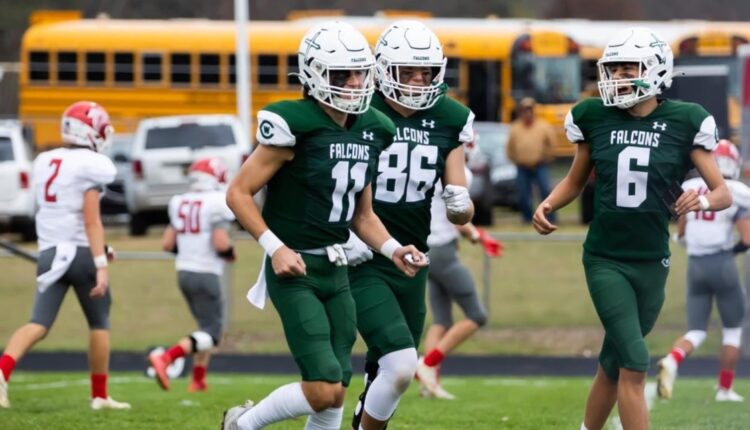 Jacob Radlinski had been battling Hodgkin’s Lymphoma since he was diagnosed back in May. Now he’s in remission, and playing for a state title.

GRAND RAPIDS, Mich. — As the clock counted down to zero, the West Catholic Falcons began to celebrate a 33-14 win over Clinton, which secured their spot in the division six state football championship in Detroit. For most high school football players, this would be the pinnacle of happiness.

But for Jacob Radlinski, earning a spot in the state finals was only the second best news he’s received recently.

One day before West Catholic’s semi-final game against Clinton, Jacob learned he was in remission and cancer free. He’d been battling Hodgkin’s Lymphoma since being diagnosed back in May.

“To finally get the news that the relief is there, that the time has passed, and that I was healthy again was great news. From the team at the hospital to returning back to home and to being with the team, it was just a great day to see everyone and everyone was super happy,” said Jacob, a senior holder for the Falcons.

The road to recovery wasn’t easy. Jacob had to have surgery to remove a tumor, and he had to go through chemotherapy. But through all that, he stayed active with the football team.

“Some days I wasn’t feeling the best, and I’d be at home, but I tried to make it to as many practices as possible,” Jacob said.

“The team gave me everything they had. They had my back and I had so much support, so I owe them as much as I could give them. I did my best to be here and have a good attitude and give back to everyone else what they gave to me.”

“Through this whole thing, you would never know what he was battling because he was always happy smiling. He never, ever once said ‘I don’t feel good.’ It was never about him when it probably very easily should have been about him. He’s just inspiring,” Coach Grove said.

“Not only are we winning some games right now, but the biggest victory we could have as a football program is him getting that remission news.”

Jacob and the Falcons will take on Negaunee at 4:30 pm on Friday at Ford Field in Detroit.